Earlier this month, the alleged renders of Motorola Edge+ were leaked which showed a curved display with a hole-punch design. 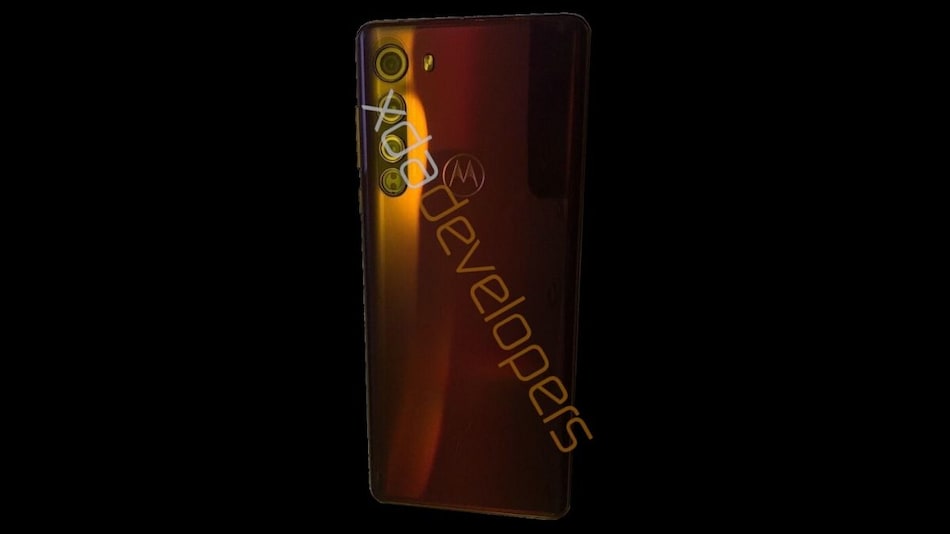 Motorola Edge is believed to the upcoming smartphone by Lenovo-owned Motorola and the base variant of another rumoured flagship, Motorola Edge+. Now thanks to a report, we have an idea about what the smartphone will carry, however, an official announcement is awaited from the company. Earlier this month, the alleged renders of Motorola Edge+ were leaked which showed a curved display with a hole-punch design. The latest report also shows us a similar design along with several under the hood features.

The latest leak was shared by XDA Developers over the weekend. As per the leak, the rumoured Motorola Edge is expected to feature a curved display with a 90Hz refresh rate. The phone is also slated to allow users to choose between the standard 60Hz refresh rate and a higher refresh rate - in this case, 90Hz.

The leaked image shows a tiny hole-punch on the top right corner, similar to what was seen in the alleged renders of Motorola Edge+. This will house the 25-megapixel front camera, the report added. In terms of the body, the leaked image further reveals a 3.5mm headphone jack, USB Type-C port, and speaker grille at the bottom of the smartphone. The SIM card tray is present at the top, and according to the report, this tray accepts a microSD card and Nano-SIM card or dual Nano-SIM cards.

On the rear side, there's a triple camera setup which allegedly includes a 64-megapixel primary shooter along with a 16-megapixel wide-angle camera and, an 8-megapixel telephoto camera. Along with the triple cameras which are vertically stacked, there appears to be the laser auto-focus sensor as well.

The report also shared under the hood specifications which include Qualcomm Snapdragon 765 SoC, 6GB of RAM + 128GB of inbuilt storage and a 4,500mAh battery. Whereas, the Motorola Edge+ is rumoured to be powered by Qualcomm Snapdragon 865 SoC and will have a bigger 5,170mAh battery. It was also highlighted that the smartphone will not support wireless charging, however, we can expect to the phone to support 5G connectivity.