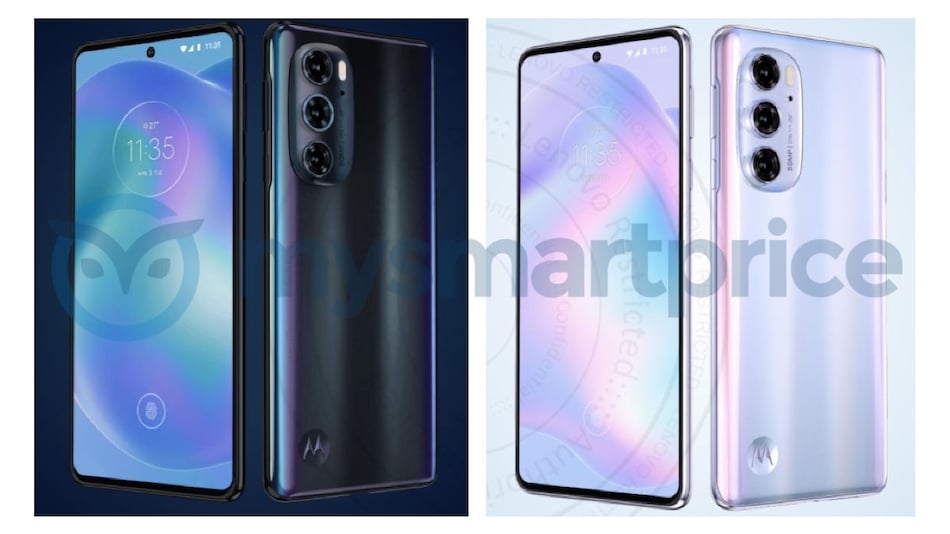 Motorola Edge 30 Pro price in India, details about its RAM and storage, as well as its colour options have been leaked ahead of the launch of the smartphone. While the company hasn't confirmed the name of the next handset from its Edge 30 series coming to India, the rumour mill suggests that it will be called Motorola Edge 30 Pro and will be rebranded version of the Moto Edge X30 that was unveiled in China last year. Motorola Edge 30 Pro is expected to come with a Qualcomom Snapdragon 8 Gen 1 SoC and launch in India on February 24.

As per the details shared by tipster Yogesh Brar on Twitter, the Motorola Edge 30 Pro will be available in a single configuration with 8GB of RAM and 128GB storage. There is no information on whether the phone will support expandable storage. He claims that the handset will have a price in India between Rs. 45,000 and Rs. 50,000. This comes a day after a report leaked the alleged box price of the Motorola smartphone, which is said to be Rs. 55,999. Brar further says that customers can purchase the phone in Cosmic Blue colour.

Motorola Edge 30 Pro in India is tipped to come with a Qualcomm Snapdragon 8 Gen 1 SoC. Brar claims that the Indian variant of the handset will support 13 5G bands.

The phone is also said to run Android 12 out-of-the-box with MyUI on top, while Motorola is to offer Android 13 as well as Android 14 OS updates.

Since the Motorola Edge 30 Pro is speculated to be a rebranded Motorola Edge X30 that was launched in China in December, it could have similar specifications such as a 6.8-inch full-HD+ POLED display with a 144Hz refresh rate. The smartphone could feature a triple rear camera unit with two 50-megapixel sensors and a 2-megapixel depth sensor. The handset may come with a 60-megapixel selfie camera. It is expected to pack a 5,000mAh battery that supports 68W fast charging.