The rumoured Motorola smartphones’ specifications have been leaked earlier. 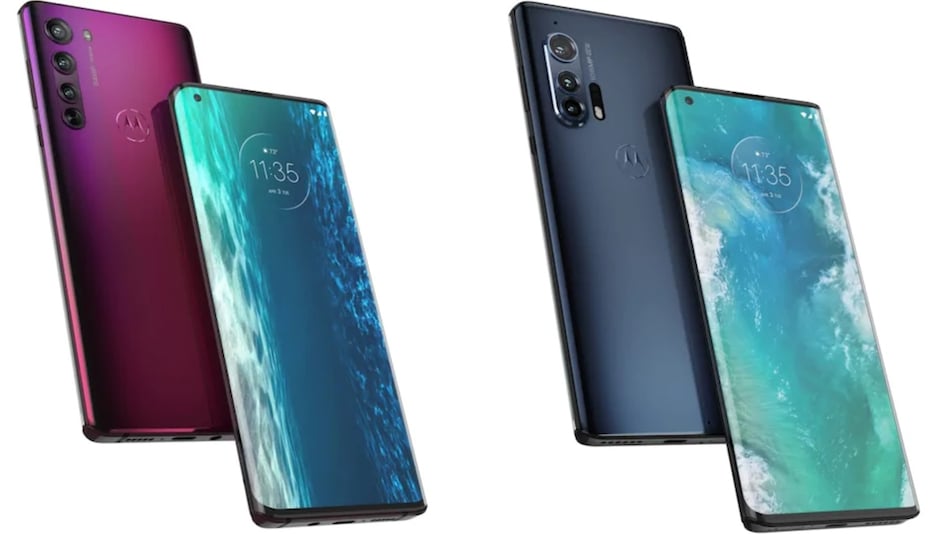 Both smartphones are expected to feature Snapdragon 778G SoC, paired with up to 8GB of RAM and up to 256GB of internal storage. They may feature triple rear camera setup that may comprise a 108-megapixel primary sensor, a 16-megapixel wide-angle lens with macro mode, a 3X-zoom 8-megapixel telephoto lens, a 32-megapixel selfie camera. The phones may run Android 11. The global model may come with a 4,000mAh battery while the North American model could sport a 5,000mAh battery.

Motorola Edge Kyoto could be launched with the Edge 20 Lite moniker, and sport a 90Hz refresh rate display (2,400x1,080 pixels). Under the hood, it may be powered by a MediaTek Dimensity 720 SoC, paired with 6GB or 8GB of RAM and may get 128GB of onboard storage. It is expected to feature a triple rear camera setup with a 108-megapixel primary lens, an 8-megapixel wide-angle lens with a macro lens, and a 2-megapixel depth sensor. The handset may come with a 16-megapixel primary sensor, and a 5,000mAh battery.

As per Blass, Motorola Edge PStar could be offered in India, Asia, Australia, Europe, and Latin America. It may run Android 11, and could sport a 6.67-inch (2,400x1,080 pixels) full-HD display with 120Hz display. It is expected to be powered by a Snapdragon 870 SoC and may come with up to 12GB of RAM. Its triple rear camera setup may have a 108-megapixel primary sensor, a 16-megapixel wide-angle lens with macro mode, and a 5X-Zoom 8-megapixel telephoto lens. A 16-megapixel sensor could be used in the front camera, and it may pack a 4,500mAh battery.