Motorola Edge 20 is tipped to be powered by the Qualcomm Snapdragon 778G SoC. 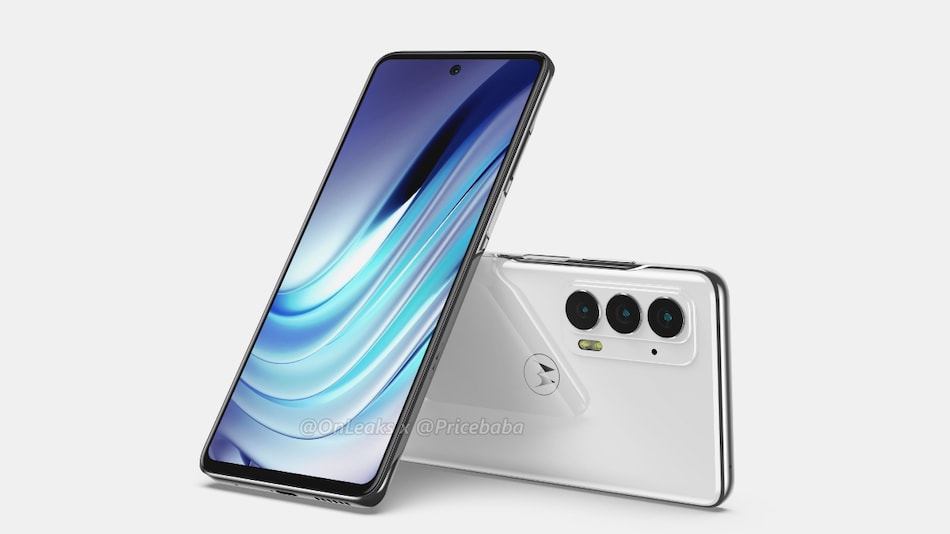 Motorola Edge 20, an upcoming smartphone from the company, has leaked in specifications and 360-degree renders. The renders leave very little to the imagination and offer a full glimpse at the phone from all sides. As per the renders, the Motorola Edge 20 will let go of the curved edges and don a flat screen display instead. In addition, the Motorola Edge 20 is tipped to come with Qualcomm Snapdragon 778G SoC, 120Hz refresh rate display, 108-megapixel triple rear cameras, and a 4,000mAh battery on board.

Renders and specifications were leaked by PriceBaba in collaboration with OnLeaks. The design of the Motorola Edge 20 sees a significant change from its predecessor Motorola Edge launched last year. The camera module at the back sees a different design and the hole-punch cut out is centred instead of sitting on the left edge of the screen. The curved edges have not made a comeback, and the Motorola Edge 20 is seen to have slight bezels on the sides of its flat display, with a more profound chin at the bottom.

There is a side-mounted fingerprint scanner on board with the volume rocker sitting on the right edge. There is a triple camera setup houses inside a rectangular-shaped camera module at the back with the flash sitting alongside. The Motorola logo is embossed in the top centre. The Speaker grille and USB Type-C port are integrated at the bottom edge. Renders suggest the phone will come in white and blue finishes at least.

Coming to the specifications, the Motorola Edge 20 is tipped to feature a 6.7-inch full-HD+ (1,080x2,400 pixels) display with 120Hz refresh rate. It may be powered by the Qualcomm Snapdragon 778 SoC paired with 6GB and 8GB RAM options. The phone is likely to offer 128GB and 256GB storage choices. At the back, the triple rear camera setup may include a 108-megapixel main sensor, 16-megapixel secondary lens, and an 8-megapixel tertiary unit. Lastly, the Motorola Edge 20 is tipped to pack a 4,000mAh battery and measure 169.1x75.5x8.9mm (11.6mm including camera bump).