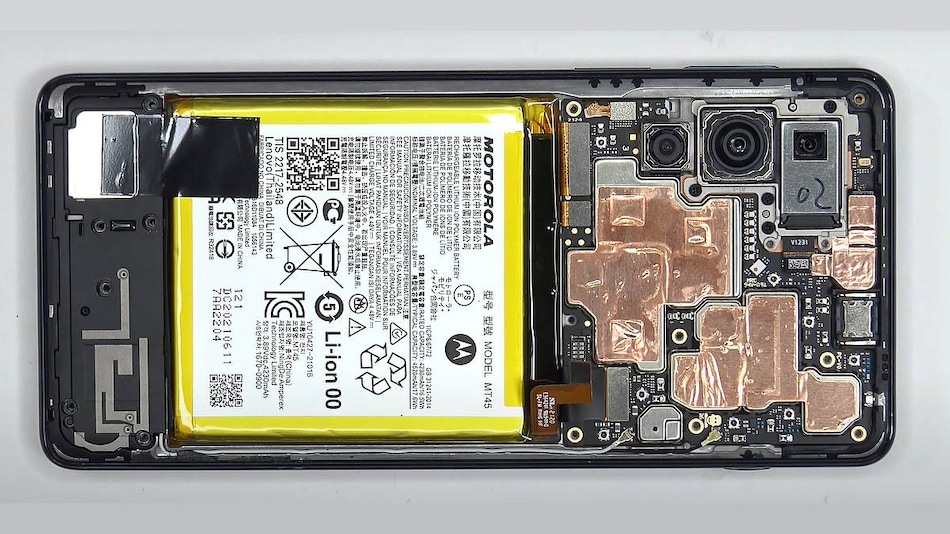 The seven-minute teardown video posted by PBKreviews shows that the Motorola Edge 20 Pro has scored a repairability score of 4.5 out of 10. The video starts by removing the back panel of the Motorola smartphone by applying some heat and using a pry pick. The video shows that replacing the battery of the Motorola Edge 20 Pro is difficult as many of the components of the smartphone would need to be pried open. Since there is no pull tab on the battery, removing it can be a little risky; the adhesive is quite strong and requires applying isopropyl alcohol.

Additionally, there is also a bunch of graphene sheets whose primary job is to help transfer heat. Once the graphene sheets are removed, the battery cable can be disconnected and there are other cables connected that need to be removed in order to lift the motherboard from the body. Once the motherboard is removed, the speaker assembly needs to be removed in order to reach the battery.

Interestingly, the video shows that the Motorola smartphone is advertised to come with a 4,500mAh battery while the battery removed from the phone had a typical battery capacity of 4,520mAh.

Cryptocurrency Investment 101: How to Calculate Moving Average and Why is it Important
Shang-Chi Leaked on Torrent Sites, Piracy Networks as Marvel Movie Releases in Cinemas