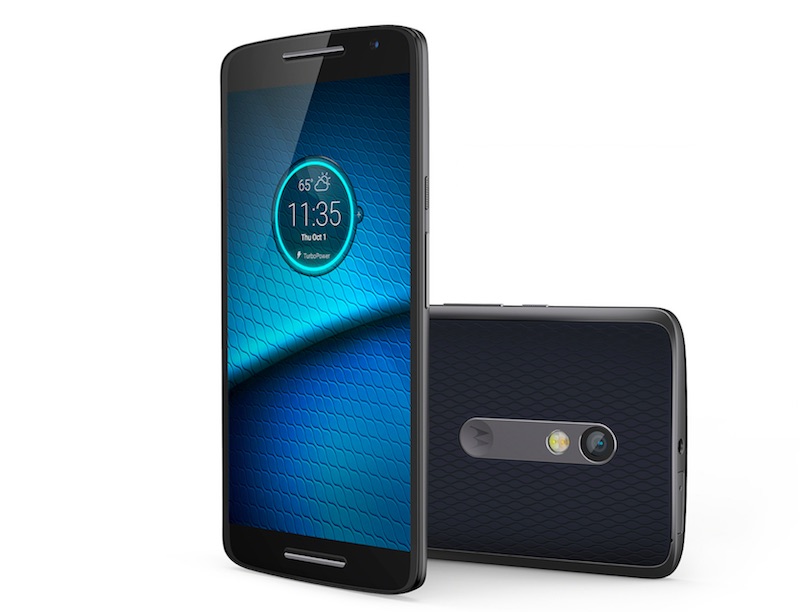 Alongside the launch of the Droid Turbo 2, at its media event on Tuesday, Motorola also unveiled the Droid Maxx 2. Unlike its bigger sibling that comes with top-of-the-line specifications, the Droid Maxx 2 eyes the mid-range market segment.

The successor to last year's Droid Maxx, the Motorola Droid Maxx 2 sports a 5.5-inch display. It is powered by a Qualcomm Snapdragon 615 octa-core SoC clocked at 1.7GHz and Adreno 405 GPU, paired with 2GB of RAM, and comes with 16GB of internal storage which can be expanded up to 128GB using a microSD card.

Borrowing some elements from the Motorola Droid Turbo 2, the Droid Maxx 2 also comes equipped with a 21-megapixel rear-camera dual-LED flash with f/2.0 aperture and Phase Detect Auto-Focus (PDAF) capability, and a 5-megapixel wide-lens front-facing selfie camera. There's a 3630mAh battery that can last for up to 48 hours under mixed use on a single charge, as per Motorola's claims. Motorola Droid Maxx 2 is not waterproof phone, but it comes with a water repellent coating.

Like all Droid phones, the Motorola Droid Maxx 2 is Verizon-only. There's no word on international availability just yet. It will be available in the United States at a price point of $384 (roughly Rs. 25,000) off-contract starting later this month.

The single-SIM capable Droid Maxx 2 supports 4G LTE, 3G, Wi-Fi, CDMA, and other standard connectivity options. On the software front, the handset runs Android 5.1.1 with several apps from Verizon pre-installed. The handset comes in two different colours: Black with Deep Sea Blue Back and White with Winter White Back.