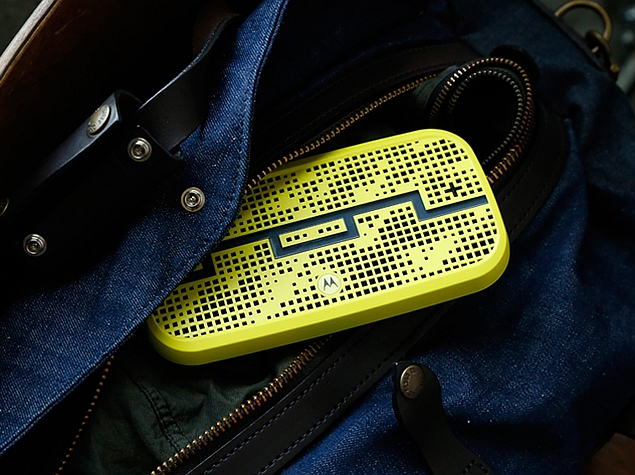 Motorola has launched its Deck Bluetooth speakers in India via its exclusive retail partner, Flipkart, at Rs. 8,990. SOL Republic, a popular audio company, had collaborated with Motorola and launched the Deck Bluetooth Speaker in the US in September last year.

The Bluetooth 4.0-enabled Motorola Deck speaker runs on the R2 Sound Engine and lets up to 5 devices connect at once with the 'Heist Mode'. The speaker also features LED lights, the colour of which change according to the active user controlling the device. The 'Outdoor Mode' enhances the audio and is especially made for outdoor usage.

The Deck Bluetooth speakers also feature NFC (for tap to pair) and Micro-USB connectivity, apart from a 3.5mm audio jack. Measuring 96x185x29mm and weighing 325 grams, the speakers can deliver up to 10 hours of playback time as per the Flipkart listing.

The Motorola's Power Pack Micro while acting as a portable battery, also lets users search for their smartphone or keys by using the Motorola Keylink feature.