Motorola has listed 30 smartphones which are eligible to receive the Android 12 update. 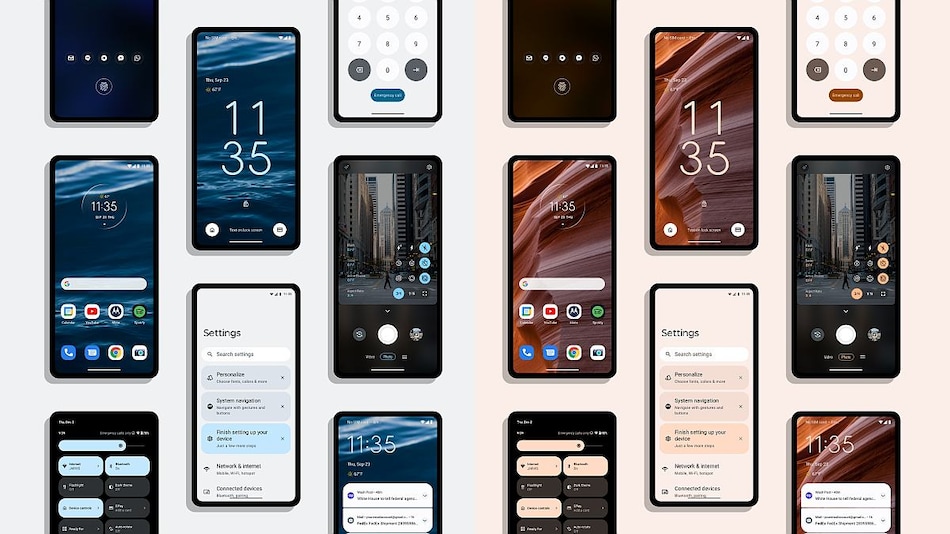 Motorola has released the official list of smartphones which are set to be updated to Android 12 in the coming months, two months after Google rolled out the update to eligible Pixel smartphones. According to the company, 30 smartphones will be eligible to receive the update. Many of Motorola's smartphones receive one Android version update, which means this will be the only major update to arrive on these handsets. However, Motorola has not provided an exact timeline for these updates to reach eligible smartphones, and they could arrive over the course of 2022.

The Motorola smartphones listed above will be updated to Android 12, with the company's My UX skin running on top. Users will have access to the new Conversation widget and Material You design changes to the system, including the ability to adapt the system colours to the wallpaper. Motorola's Android 12 update will also include the ability to customise font style and size, colours, icon shapes and layouts, device sounds, and display size, according to Motorola.

The Android 12 update for Motorola smartphones will also bring accessibility improvements, including better magnification, an extra-dim feature, bold font support, and more. Users will also see security and privacy improvements, including the privacy indicators for camera and microphone, as well as approximate location permissions and the Privacy Dashboard, as part of the Android 12 update for Motorola smartphones, according to the company.