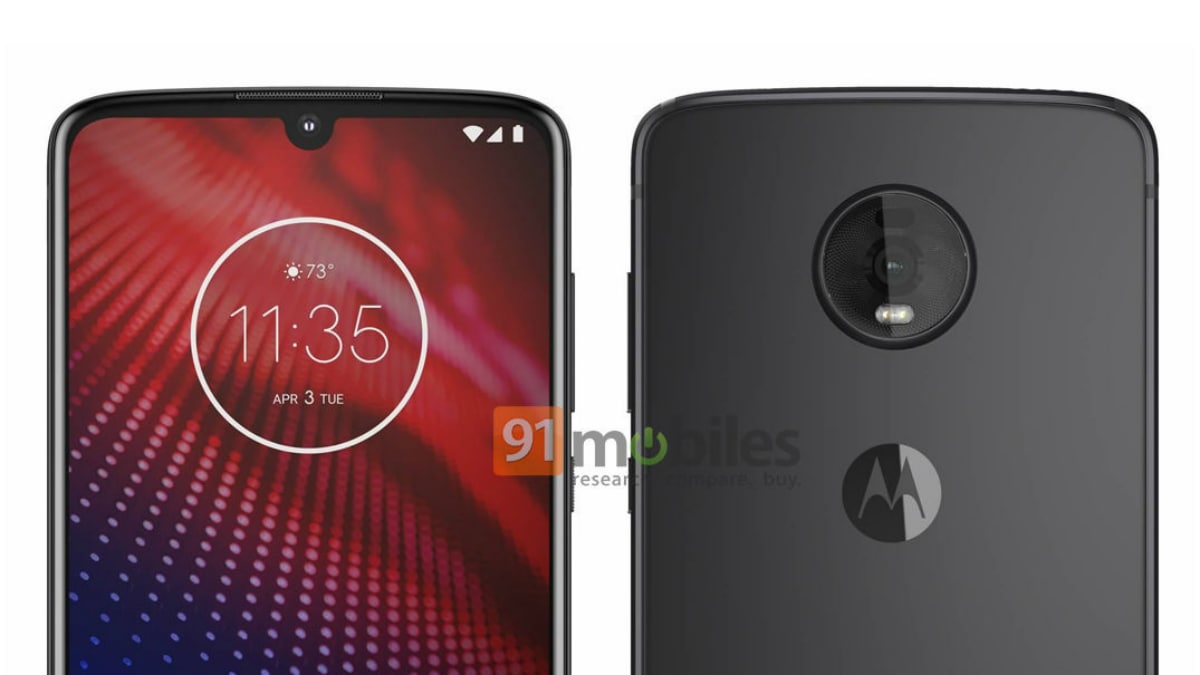 Moto Z4 has been a part of leaks for some time. But months after it being a part of leaked renders and rumours, the key specifications of the Moto Z4 have now surfaced online. The new Moto phone is said to come with an in-display fingerprint sensor and sport an OLED display panel. Further, the handset is also said to have a Snapdragon 675 SoC. The launch date of the Moto Z4 is still a mystery, though considering the amount of information that has been emerged so far, the new model could go official sometime in the coming future.

According to a report by 91Mobiles, citing internal marketing material, the Moto Z4 will debut with "half the price" of the flagships available at the present stage. The actual price is yet to be revealed, though.

The report also purportedly details the specifications of the Moto Z4. The phone is said to sport a 6.4-inch full-HD OLED display and come with an in-display fingerprint sensor. It is also reported to have a Snapdragon 675 SoC, along with dedicated 5G mods to support the next-generation cellular network.

The Moto Z4 is rumoured to have 4GB and 6GB RAM options alongside 64GB and 128GB of onboard storage variants. It is, however, unclear whether there will be a microSD card slot for storage expansion.

In the imaging department, the Moto Z4 is said to have a single 48-megapixel sensor at the back that could use a Quad Pixel technology to deliver a 12-megapixel image. The phone may also have a Night Vision mode, similar to Google's Night Sight, and could include the ability to capture "incredibly sharp" 6-megapixel photos in lowlight conditions. Further, a 25-megapixel selfie camera is speculated at the front along with a Group Selfie mode.

The Moto Z4 is also reported to come with Android 9 Pie out-of-the-box with preloaded features such as Google's Digital Wellbeing and Google Lens. Additionally, it could have Motorola's proprietary Moto Display, Moto Actions, and Moto Experience.

On the connectivity part, the Moto Z4 is rumoured to retain the 3.5mm headphone jack and include a USB Type-C port. It could also include a pogo-pin connector for Moto Mods, as seen in some previous renders. Moreover, the phone could have a waterdrop-style display notch -- unlike any pop-up selfie camera phone.