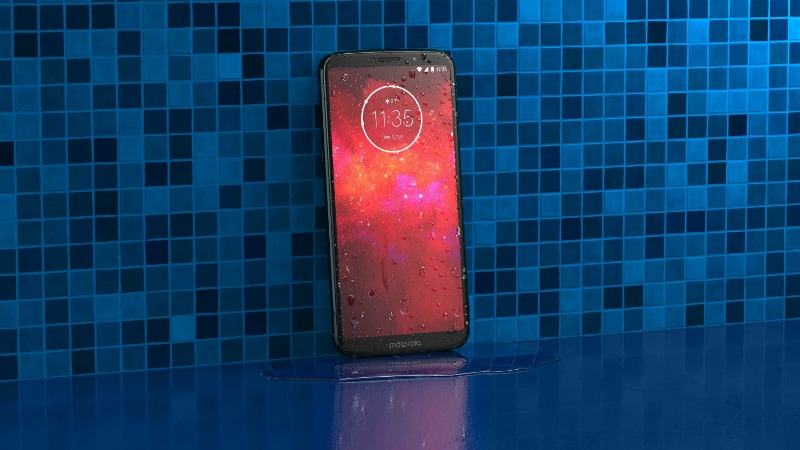 Moto Z3 Play has been officially launched months after being in rumours. The new Moto Z series smartphone has continued the legacy of featuring modular technology to enhance the user experience through Moto Mods. It is also the first Moto Z Play model to debut with a dual rear camera setup. Additionally, it comes with Moto Actions and features a One Button Nav bar to offer gesture controls - similar to the iPhone X. The smartphone also comes bundled with a Moto Power Pack mod to widen its battery life as long as 40 hours on a single charge.

The Moto Z3 Play price in Brazil has been set at BRL 2,299 (approximately Rs. 40,000) with global availability starting later this month. The handset will also arrive in the US sometime this summer at $499 (around Rs. 33,500) along with the Moto Power Pack. It will hit stores including Best Buy, Walmart, Target, Fry's, and B&H Photo. In Canada, the new Moto model will be available through Videotron, Bell Mobility, Virgin Mobile, MTS, and SaskTel. Availability and price details of the Moto Z3 Play in India are yet to be revealed.

The Moto Z3 Play is built using a 6000 series polished aluminium frame that has a splash-resistant P2i nano-coating. It has a bunch of Moto Experiences, including Moto Display and Moto Actions. Also, the handset features the proprietary One Button Nav bar at the bottom that enables gesture controls. The new navigation system appears to counter the iPhone X that was launched with gesture controls last year. There is an array of four microphones as well as low power natural language processing to offer an uplifted Google Assistant experience. Furthermore, the handset includes a front port loudspeaker and comes with a USB Type-C to 3.5mm adapter to please audiophiles.

The dual-SIM (Nano) Moto Z3 Play runs Android 8.1 Oreo and features a 6.01-inch full-HD+ (1080x2160 pixels) Super AMOLED display with Corning Gorilla Glass 3 protection and an 18:9 Max Vision aspect ratio. It also has 79 percent of screen-to-body ratio. Under the hood, there is an octa-core Qualcomm Snapdragon 636 SoC, coupled with Adreno 509 GPU and 4GB of RAM.

Lenovo-owned Motorola has provided 32GB and 64GB onboard storage options on the Moto Z3 Play, both expandable via microSD card (up to 2TB). The smartphone has 4G LTE, Wi-Fi 802.11ac, Bluetooth v5.0, GPS/ A-GPS, NFC, and USB Type-C. Sensors on board include an accelerometer, ambient light, gyroscope, magnetometer, proximity, and ultrasonic. There is also a fingerprint sensor available on the side of the handset, alongside a separate power/ lock button. The handset packs a 3000mAh Li-Ion battery that is touted to deliver half a day of power in 30 minutes of charge using the bundled 15W TurboPower charger. Besides, it measures 76.5x156.5x6.75mm and weighs 156 grams.