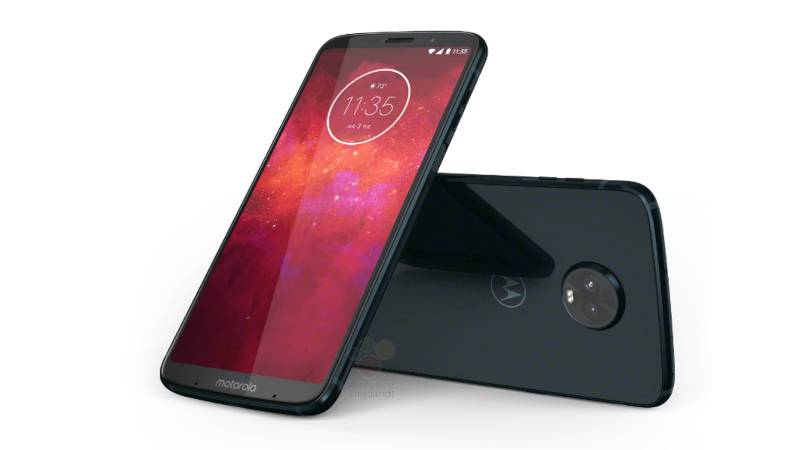 Moto Z3 Play is expected to be launched by Motorola today. The Lenovo-owned smartphone manufacturer has a June 6 event scheduled, but so far, it has not shown any official details regarding the upcoming smartphone. However, there have been several leaks and rumours about the mid-range Moto Z3 Play floating on the internet for quite some time now. The latest smartphone from the company is expected to arrive on the heels of the launch of Moto G6 and Moto G6 Play in India.

While there is nothing confirmed about the Moto Z3 Play, over the past few weeks, the smartphone has been leaked right from specifications to renders, giving us an idea of what to look forward to. From the Moto G6 and Moto E5 launches this year, it is clear that the company is keen on bringing a new design language to its 2018 lineup. With the Moto Z3 Play, we can expect a similar design with additional Moto Mods support.

As mentioned, Motorola had sent out invites for an event in Brazil on June 6, and the Moto Z3 Play is largely expected. Earlier this month, the smartphone was spotted on benchmark site Geekbench. The listing tipped key Moto Z3 Play specifications, such as running Android 8.1 Oreo and being powered by the Snapdragon 660 SoC. This refuted previous leaks of a possible Snapdragon 636 processor.

Meanwhile, leaked press renders had suggested that the Moto Z3 Play will have thin bezels, an 18:9 display, and dual rear camera setup that is claimed to include two 12-megapixel image sensors. The smartphone appears to have moved the front-facing fingerprint sensor, which was embedded on the home button of the Moto Z2 Play, to the power/ lock button. Moto Mods support is included, and renders show the Pogo pin connector at the back. The overall design of the new Moto Z model looks quite similar to the Moto Z2 Play.

OtherlLeaked specifications include a 6-inch full-HD+ (1080x2160 pixels) AMOLED display. As mentioned, the Moto Z3 Play is also tipped to be powered by the 1.8GHz octa-core Qualcomm Snapdragon 636 SoC, coupled with 4GB of RAM and 32GB as well as 64GB onboard storage options. The handset is reported to have an 8-megapixel front camera. Also, some photos spotted in leaked internal documents had tipped that an upcoming Moto Mod that will supposedly add 5G functionality to the Moto Z Play.

Rumours about the Moto Z3 Play has also suggested that the smartphone will be fuelled by a 3200mAh battery with Motorola's TurboPower charging support. Connectivity options are expected to include 4G LTE, Wi-Fi, Bluetooth v5.0, USB Type-C, 3.5mm headphone jack, and NFC support. The new Moto Z Play will likely offer facial recognition and support live photos in the form of Cinemagraphs.