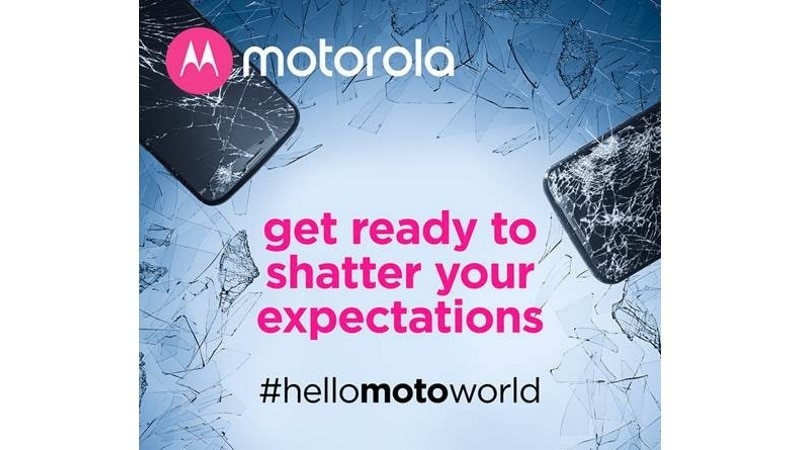 Earlier this month, invites for a Moto launch event on July 25 were sent out, but there was no mention of any devices that are about to be unveiled. Now, the company has all but confirmed that it will be unveiling its Moto Z2 Force smartphone at the event as its latest teaser for the launch stops just short of mentioning the handset's name. The Z2 Force would the successor to the top-end Moto Z Force, the first smartphone with a shatter-proof screen.

In the new invite image, shared by Android Central, the company says, "Get ready to shatter your expectations." Putting aside the odd phrasing, this is a clear reference to the upcoming Moto Z2 Force smartphone, which is expected to feature the ShatterShield Display, a shatter-proofing technology, just like its predecessor.

The Moto Z2 Force, which was earlier spotted on AnTuTu, has been tipped to be powered by the Snapdragon 835 SoC paired with Adreno 540 GPU and 6GB of RAM. The screen resolution on the handset is expected to be QHD (1440x2560 pixels) and the inbuilt storage is pegged to be at 128GB. The smartphone has been said to run Android 7.1 Nougat out-of-the-box. In terms of optics, the Moto Z2 Force is expected to come with a 12-megapixel rear camera and a 5-megapixel shooter at front.

Previous leaks have also suggested that the Moto Z2 Force will also sport a dual camera setup and a dual LED flash at the back. It is further expected to support Gigabit LTE speeds and Moto Mods. The design aesthetic is expected to be similar to the Moto Z2 Play.

It is possible that the company might launch Moto Z2 smartphone alongside Moto Z2 Force at the event as well. Earlier leaked Moto X4 has also been speculated to launch at the event. However, we might have to wait till July 25 to get further confirmation from the company.

War for the Planet of the Apes Review: A Fitting End to This Decade's Best Trilogy
Facebook Data Shows India Is Now Its Biggest Market, Ahead of the US: Report