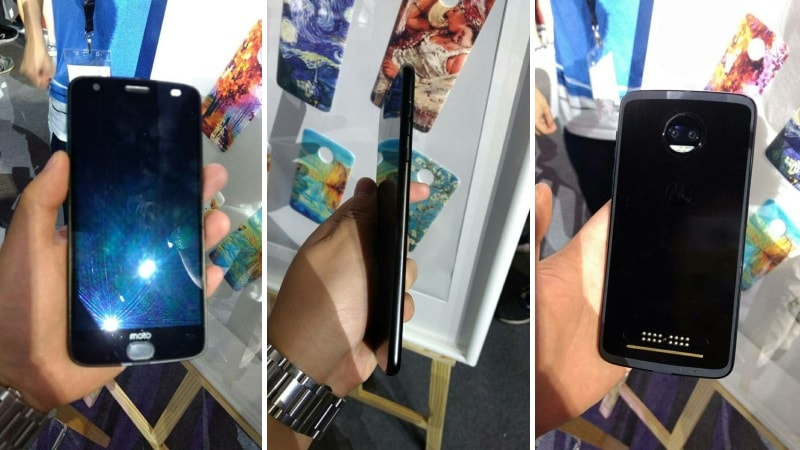 The leaked images, shared on Chinese website Baidu, show the dual camera setup within the rear circular camera panel of the alleged Moto Z2 Force. Apart from the two camera sensors, we can also see the LED flash support and the pogo pins that will allow the smartphone to support Moto Mods. At front, we can see the LED flash support for the camera and the oval-shaped home button right beneath the display.

The newly leaked live images are identical to the renders that were recently shared by popular tipster Evan Blass. Apart from the design, Blass tipped that the Moto Z2 Force runs Android 7.1.1 Nougat out-of-the-box and will come with guaranteed upgrade to Android O. It sports a 5.5-inch display with QHD screen resolution. The Moto Z2 Force is expected to come with 'ShatterShield' shatterproof display, just like its predecessor. The smartphone is expected to be powered by Snapdragon 835 processor coupled with 6GB of RAM in all regions except the US. In US, the handset will come with 4GB of RAM.

In terms of optics, the smartphone is expected to come with two 12-megapixel rear sensors and a 5-megapixel sensor at the front. In terms of storage, the Moto Z2 Force is said to pack 64GB on-board storage, expandable up to 2TB, in all markets. However, in China, the phone has been tipped to come with 128GB of built-in storage. The Moto Z2 Force has been tipped to house a 2730mAh battery, which is 22 percent smaller than its predecessor Moto Z Force's 3500mAh.