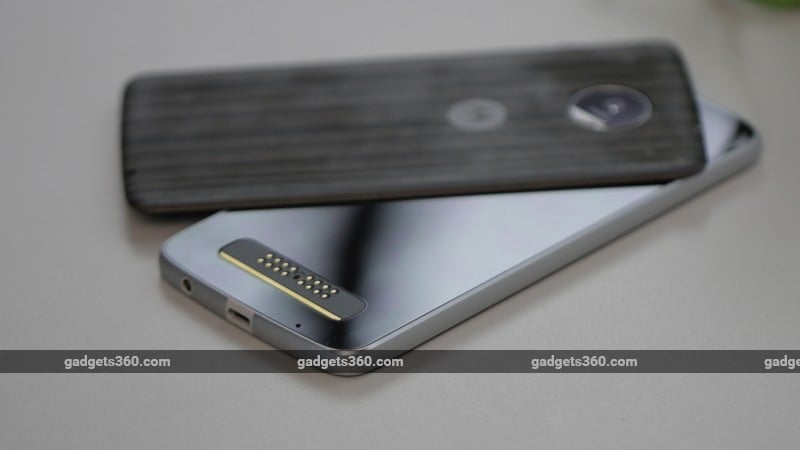 After the Moto G4 and Moto G4 Plus, Motorola is now rolling out the Android 7.0 Nougat update for Moto Z Play users in India. The update is arriving on Indian units as version NPN25.137-15-2, and brings along new multitasking features and more efficient notification controls.

Moto Z Play users in India should start seeing a notification for the update, which says "new system software is available!" Users who see this message should select Yes, I'm in, and once the update is downloaded, click on Install Now. Those who haven't received a message should go to Settings > About Phone > System updates to check for availability, and then if an update is available, follow the above process.

Apparently, units in Brazil are also seeing the update notification, according to GSMArena. US users should get the Nougat update sometime next month, and Motorola Germany also recently announced a delay in update rollout.

The Android 7.0 Nougat update for the Moto Z Play has been detailed comprehensively on the company website, and incoming changes include "new multitasking features, more efficient notification controls and improved data saver and battery features."

It's best that you downloaded and install the update when connected to a strong Wi-Fi network, and only if the phone has more than 50 percent charge. Moto-specific updates, beyond what Android 7.0 Nougat brings, include a new landscape view for when your phone is connected to a Moto Mod.

It also introduces a new Moto action called Swipe to shrink the screen. Furthermore, it brings a new setting to disable and enable locking the screen when the screen is on and you touch the fingerprint sensor. The settings can be accessed from Settings on the app tray, scrolling down to Security, and then tap on the screen lock gear icon.

Confident That Digital Transaction Charges Will Decline, Says Jaitley
Could the Future of Virtual Reality Lie in Enterprise Software?