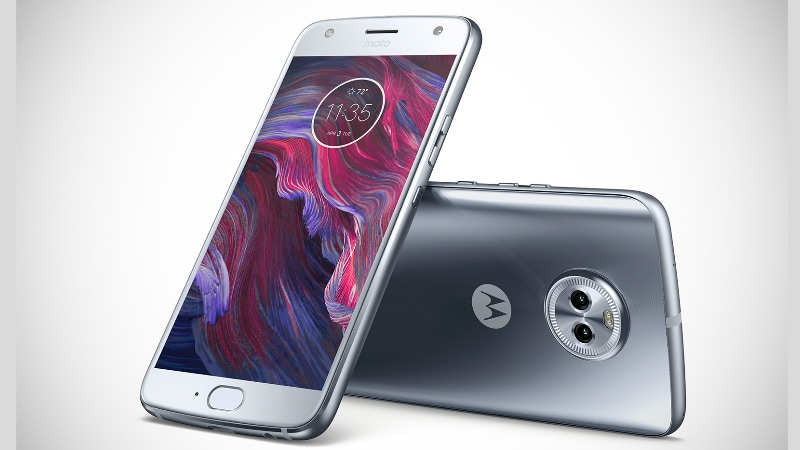 The Moto X4 is finally official after months of leaks and speculations, making its debut at the ongoing IFA 2017, in line with a leak just a day ago. The new Lenovo smartphone has a number of unique features, the primary ones being support for Amazon's Alexa voice assistant and the dual rear cameras; of course, the Moto X4 also supports the Google Assistant. The smartphone will first go on sale in Europe sometime this month, followed by other regions in Fall. As for Moto X4 price, the new handset falls in the mid-range segment with a price tag of EUR 399 (roughly Rs. 30,300).

The smartphone has been launched in Super Black and Sterling Blue colour options. The Moto X4 sports a metal unibody, a dual camera setup at the back within a protruding round-shaped ring protection, and the Motorola batwing logo right underneath it. At the front is the fingerprint scanner underneath the home button. The volume and the power keys both are situated on the right edge of the Moto X4. It sports on-screen navigation buttons, while the USB Type-C port and 3.5mm audio jack are both housed at the bottom edge of the smartphone.

The Moto X4 runs on Android 7.1 Nougat out of the box and supports a single-SIM slot (Nano). It sports a 5.2-inch full-HD (1080x1920 pixels) LTPS IPS display with 424ppi pixel density and Corning Gorilla Glass protection. The smartphone is powered by the 2.2GHz Qualcomm Snapdragon 630 octa-core SoC paired with Adreno 508 GPU and 3GB of RAM. Internal storage is at 32GB, but there is scope for further expansion using the microSD card slot (up to 2TB). In some regions, a 4GB RAM and 64GB storage option is also expected.

At the front, there is a 16-megapixel selfie sensor with flash support, f/2.0 aperture, and 1-micron pixels. It comes with features like adaptive low light mode, selfie panorama, face filters, beautification mode, and professional mode. The Moto X4 packs a 3000mAh battery that claims to last all day, and even supports fast charging (six hours of power in 15 minutes). Connectivity options include NFC, Bluetooth 5.0, Wi-Fi 802.11ac (dual band, 2.4GHz and 5GHz), GPS, GLONASS, 4G LTE, and FM radio support. The dimensions of the Moto X4 are at 148.35x73.4x7.99mm, and the smartphone weighs 163 grams. The smartphone sports an accelerometer, ambient light sensor, gyroscope, magnetometer, and proximity sensor.

As mentioned above, one of the biggest highlights of the Moto X4 is that it comes with Amazon Alexa and Google Assistant support offering options for voice based search. It is also IP68 water and dust resistant, has a new three-finger screenshot gesture (along with other Moto experiences), and comes with an inbuilt password manager called Moto Key. The latest Bluetooth support brings the ability to allow it to sync with four speakers or headphones at one time. Lastly, but importantly, the Moto X4 doesn't offer Moto Mods support.

Xiaomi Redmi 4A to Be Available for Pre-Orders on Mi.com Today
Samsung Portable SSD T5 Launched in India Starting at Rs. 13,500 for 250GB