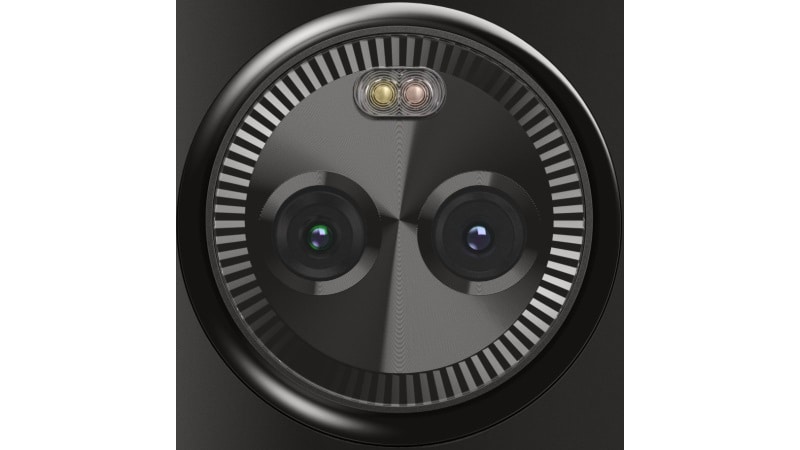 Recently, Evan Blass shared the final design that is expected to feature on the upcoming Moto X4 smartphone and admitted that the previous render shared by him was not reflective of the finished product. Now, Blass has shared a new render of the smartphone's camera design that gives an even closer and better look at the design of camera setup on Moto X4.

Blass shared the image from a Lenovo presentation that was leaked earlier this year and said that this is going to be the final design on Moto X4 smartphone. The newly leaked render of the Moto X4 shows the smartphone with the dual camera setup and LED flash support at the top.

As per the previous leaks, the Moto X4 will run Android 7.1.1 Nougat out-of-the-box and sport a 5-inch full-HD (1080x1920 pixels) display. The smartphone is expected to be powered by Snapdragon 630 SoC. The Moto X4 has been tipped to come with either 3GB or 4GB of RAM. There is discrepancy in terms of storage as the smartphone can come with either 16GB or 32GB of built-in storage. It is possible that Moto X4 might be launched in two variants - 3GB RAM/ 16GB storage and 4GB RAM/ 32GB storage.

In terms of optics, the GFXBench listing of the smartphone has suggested that it sports a 16-megapixel camera at front and a 12-megapixel sensor at the back. The Moto X4 is expected to come with a dual camera setup with a 12-megapixel and another 8-megapixel sensor at the back. Interestingly, the Moto X4 is expected to be the first non-Google smartphone to support the search giant's Project Fi MVNO service that allow users to switch seamlessly between the different carriers.