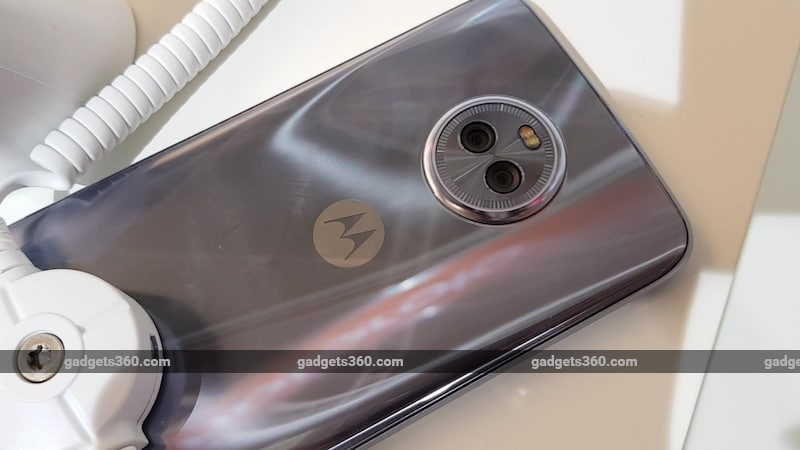 Moto X4 India launch is scheduled for Monday, at a New Delhi event scheduled to begin at 2:30pm IST. Stay tuned to Gadgets 360 for more details from the Moto X4 India launch event, as they happen. The smartphone was one of the first to come with inbuilt support for Amazon's Alexa voice assistant, and based on Android 7.1 Nougat, it of course also supports Google Assistant. Other highlights include IP68 water and dust resistance. So far, the expected Moto X4 price in India has been leaked - Rs. 23,999. This is significantly lower than the EUR 399 (roughly Rs. 30,300) price tag given to it at its launch during IFA 2017. To note, the Moto X4 was originally supposed to launch on October 3, before being delayed. We also know the smartphone will be a Flipkart exclusive. You can watch the live stream of the Moto X4 launch below.

The Moto X4 runs on Android 7.1 Nougat out of the box and sports a single-SIM slot (Nano) - however, the India variant can be expected to come with dual-SIM card support. It bears a 5.2-inch full-HD (1080x1920 pixels) LTPS IPS display with 424ppi pixel density and Corning Gorilla Glass protection. The smartphone is powered by the 2.2GHz Qualcomm Snapdragon 630 octa-core SoC paired with Adreno 508 GPU and 3GB of RAM. Inbuilt storage is at 32GB, but there is scope for further expansion using the microSD card slot (up to 2TB).

Connectivity options on the Moto X4 include NFC, Bluetooth 5.0, Wi-Fi 802.11ac (dual band, 2.4GHz and 5GHz), GPS, GLONASS, 4G LTE, and FM radio support. The dimensions of the Moto X4 are at 148.35x73.4x7.99mm, and the smartphone weighs 163 grams. The smartphone sports an accelerometer, ambient light sensor, gyroscope, magnetometer, and proximity sensor. The Moto X4 packs a 3000mAh battery that claims to last all day, and even supports fast charging (six hours of power in 15 minutes).

The Moto X4 has a new three-finger screenshot gesture (along with other Moto experiences), and comes with an inbuilt password manager called Moto Key. The latest Bluetooth support brings the ability to allow it to sync with four speakers or headphones at one time. Notably, the Moto X4 doesn't offer Moto Mods support.