Moto X Force Gets Limited Period Discount of Up to Rs. 16,000 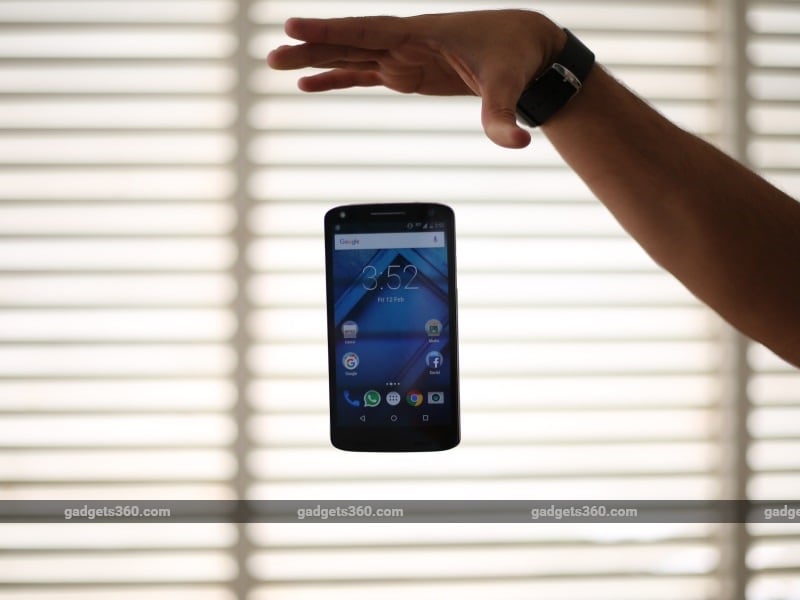 Motorola launched its Moto X Force smartphone with ShatterShield display at Rs. 49,999 for 32GB storage variant and Rs. 53,999 for the 64GB variant in India in February. The smartphone however, is now available to buy at a significant discount from the company's e-commerce partner, Flipkart.

Flipkart is offering a discount of Rs. 15,000 on the 32GB variant and Rs. 16,000 on the 64GB variant bringing the price of the device to Rs. 34,999 and Rs. 37,999 respectively. It is worth mentioning that the discount being offered on the handset is time-bound, neither Flipkart or Motorola have specified the duration of the offer. If price was a deal breaker for you at the time of the launch of the handset, this might be your chance to get it.

With the new discounted price, the smartphone comes in the same segment as the Huawei Nexus 6P (32GB variant), Samsung Galaxy S6, and even the iPhone 6 (16GB variant). Asus Zenfone Zoom, iPhone SE, and the Sony Xperia Z5 also fall between Rs. 35,000 to Rs. 40,000 price range.

The biggest highlight of the Moto X Force is the 'ShatterShield' display. The company says the display is made of an aluminium rigid core, flexible Amoled screen, and dual-layer touchscreen panels (redundancy in case one goes bad) - wouldn't break into pieces even when dropped on a slab of concrete. Additionally, the smartphone comes with water-repellent nano-coating.

Motorola said that the display comes with 4-year replacement warranty in case of accidental damage.

The Motorola Moto X Force runs Android 5.1.1 Lollipop out-of-the-box and features a 5.4-inch QHD (1440x2560) display. The Qualcomm Snapdragon 810 octa-core SoC clocked at 2GHz with 3GB of LPDDR4 RAM powers the smartphone under-the-hood. It supports expandable storage via microSD card (up to 2TB) and is backed by a 3760mAh battery as well.