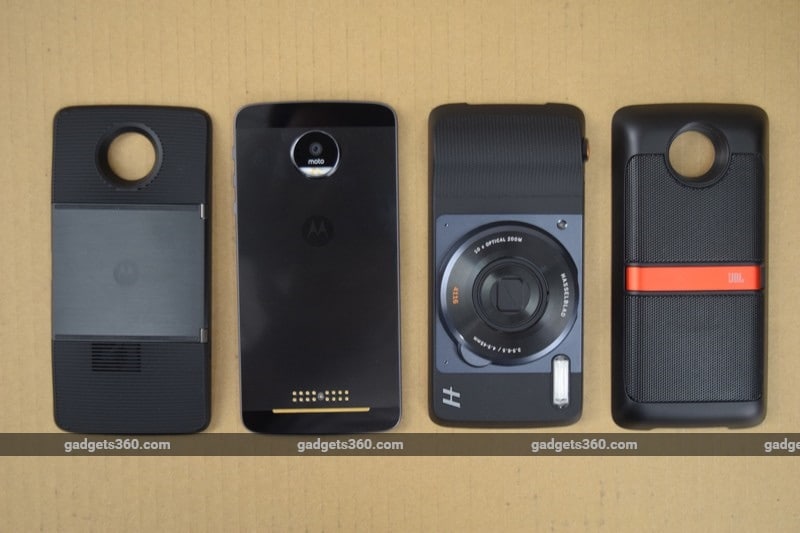 In an attempt to re-enter the Pakistani market, Lenovo-brand Moto launched its Moto devices in Pakistan. Alongside, a company executive has been quoted to say that it will introduce 12 Moto Mods this year. Currently, there are only five official Moto Mods available globally, and there are a bunch of Kickstarter Moto Mod projects from smaller companies. The executive added the mods introduced this year will be compatible with smartphones released by the company over the next three years.

Moto launched three mods i.e., Hasselblad True Zoom, JBL Soundboost, and Moto Instashare in Pakistan along with the Moto Z smartphones. Talking on the sidelines of the launch event to Pakistan's The Express Tribune, Lenovo General Manager Middle East for smartphones, Sharay Shams said "The company will introduce 12 Mods this year, which will remain compatible with the phones to be introduced by the company over the next three years." He also took a jibe at LG saying "LG had introduced a gadget like our Mods sometime in the past, but it failed to succeed." Notably, LG introduced the modular smartphone concept last year with the launch of LG G5 that failed so miserably that the South-Korean company is reported to drop the idea for its future smartphones.

In addition to that, Lenovo's Shams told media that the company has managed to sell "three million units of the smartphone", where 50 percent people bought it with a Moto Mod. Unfortunately, it's not clear which Moto Z smartphone the company is talking about - Moto Z, Moto Z Force, or Moto Z Play. In India, Moto has launched two of its modular smartphones - Moto Z and Moto Z Play, along with standard three mods.

Recently, Moto announced the finalists for its Moto Mod development challenge - "Transform the Smartphone Challenge" - which was launched by the company in partnership with Indiegogo to encourage developers to build Moto Mods. A number of Indiegogo mod projects have already started getting backed up and will go for sale once they reach their funding goals.