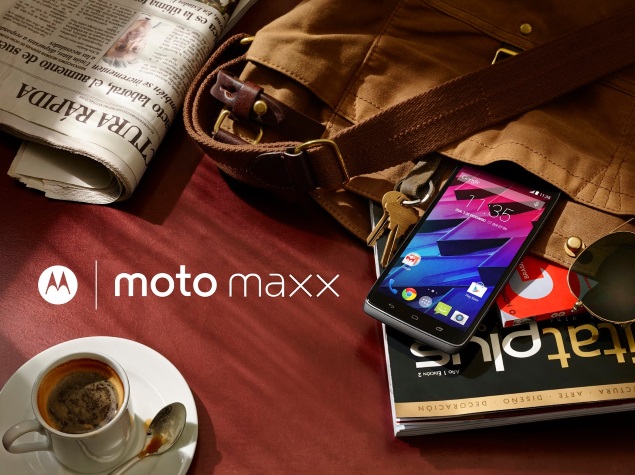 Motorola, as expected, has on Wednesday launched the Moto Maxx smartphone, the global variant of the recently-launched Droid Turbo that is exclusively sold on US mobile carrier Verizon.

The Moto Maxx smartphone, much like the Droid Turbo, features a 'Ballistic Nylon' build. The company notes, "It's a high-quality, durable material with a distinctive texture and rich colour - you might recognize it from outdoor gear, like backpacks."

Notably, the Moto Maxx also features a layer of DuPont Kevlar fibre, and is claimed to be protected inside and out with water-repellent nano-coating. It comes with identical specifications as the Droid Turbo.

It packs a massive 3900mAh battery, the biggest amongst some of the high-end phones such as Sony Xperia Z3, Samsung Galaxy S5, Samsung Galaxy Note 3, and even the Moto X (Gen 2). The company claims that the smartphone can deliver up to 48 hours of mixed usage. Much like the Droid Turbo, the Moto Maxx also supports Motorola's Turbo Charger, a new accessory from the company stables that is said to provide 8 hours of battery life in just 15 minutes of charging. 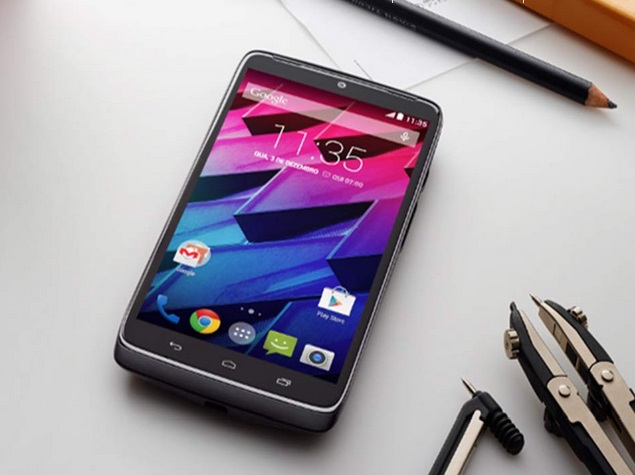 Other specifications of the Android 4.4.4 KitKat-based Moto Maxx include a 5.2-inch QHD (1440x2560 pixels) display offering a pixel density of 565ppi; a Corning Gorilla Glass 3 protective layer; a quad-core Qualcomm Snapdragon 805 processor clocked at 2.7GHz coupled with an Adreno 420 GPU and 3GB of RAM; a 21-megapixel rear autofocus camera with f/2.0 aperture and dual-LED flash, and a 2-megapixel front camera. Connectivity options on the Moto Maxx include 4G LTE with LTE Cat 4, Bluetooth, Wi-Fi, Micro-USB, and GSM/ EDGE/ HSPA+. As mentioned above, the smartphone comes only in one storage variant - 64GB.

It also includes features from the Moto X (Gen 2) such as the Moto Display, which can wake up the phone to show the time and notifications when user's reach for the phone.