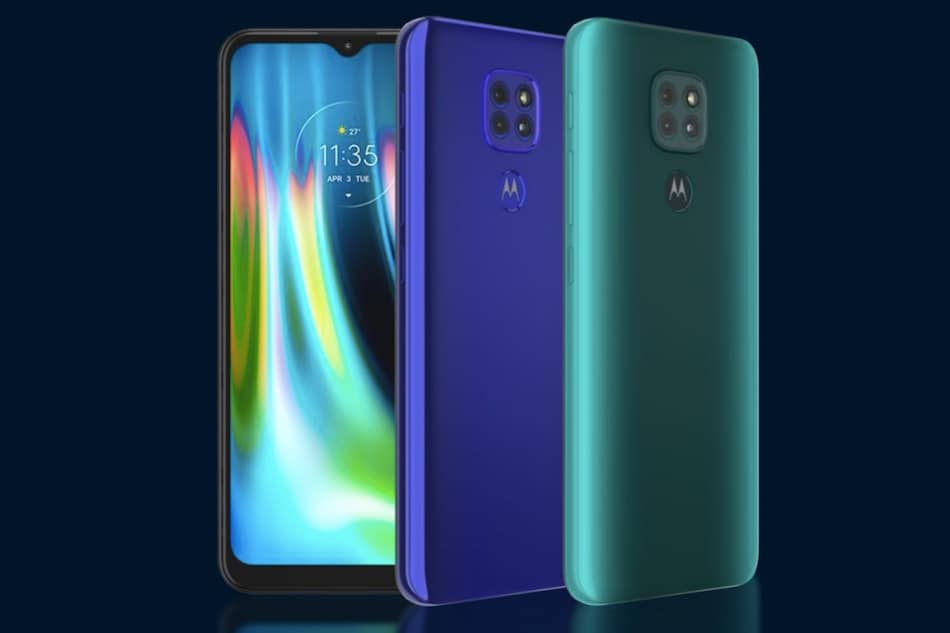 Moto G9 has been launched in India as Motorola's new smartphone for the masses. The new model comes a little more than five months after the Lenovo-owned company unveiled the Moto G8 that didn't reach India but debuted in Brazil in March. As a successor to the Moto G8, the Moto G9 offers a triple rear camera setup with a 48-megapixel primary sensor, 20W fast charging, and a larger, 6.5-inch display. The Moto G9 retains the company's water-repellent design that was featured on the Moto G8 and earlier Moto G-series phones. Moreover, the Moto G9 will compete against the likes of Redmi Note 9 Pro, Samsung Galaxy M21, and Realme 6i.

Moto G9 price in India has been set at Rs. 11,499 for the single, 4GB RAM + 64GB storage variant. The smartphone comes in two distinct colour options — Forrest Green and Sapphire Blue — and will be available for purchase through Flipkart. Furthermore, the first sale of the Moto G9 will take place at 12pm (noon) on August 31.

The dual-SIM (Nano) Moto G9 runs on Android 10 and features the 6.5-inch HD+ Max Vision TFT display with 20:9 aspect ratio and 87 percent screen-to-body ratio. Under the hood, the phone has an octa-core Qualcomm Snapdragon 662 SoC, along with 4GB LPDDR4 RAM. The triple rear camera setup comprises the 48-megapixel primary sensor that has an f/1.7 lens and is based on a Quad Pixel technology. The camera setup also includes a 2-megapixel depth sensor with an f/2.4 lens and a 2-megapixel sensor with an f/2.4 macro lens. For selfies, there is an 8-megapixel camera sensor at the front, with an f/2.2 lens. The phone also comes preloaded with camera features such as Auto smile capture, HDR, Face beauty, Manual Mode, and RAW photo output.

In terms of storage, the Moto G9 includes 64GB of onboard storage that is expandable via microSD card (up to 512GB). The smartphone has a range of connectivity options that includes 4G VoLTE, Wi-Fi 802.11ac, Bluetooth v5.0, GPS/ A-GPS, NFC, FM radio, USB Type-C, and a 3.5mm headphone jack. Sensors on board include an accelerometer, ambient light, gyroscope, proximity sensor, and a sar sensor. There is also a rear-mounted fingerprint sensor.