Moto G9 Plus is currently on sale in Brazil. No word on India launch. 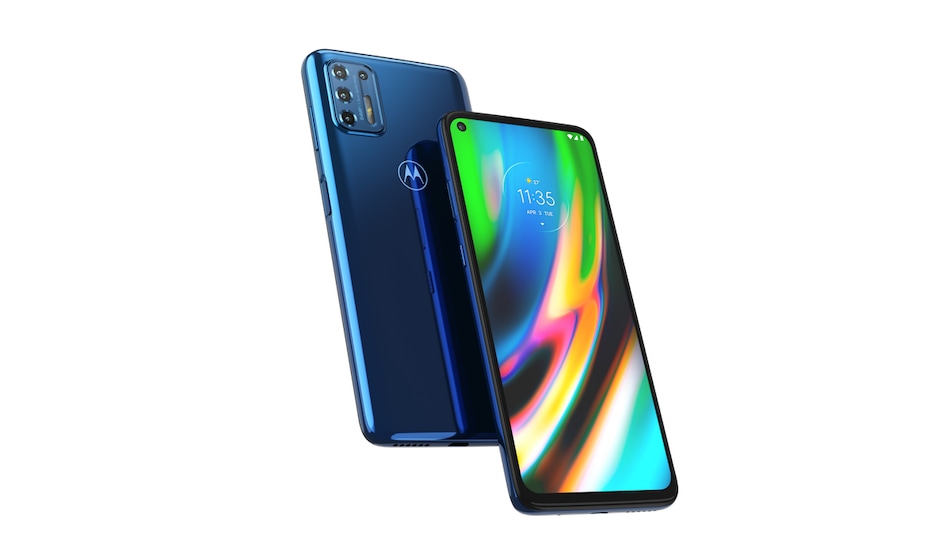 Moto G9 Plus has launched as the new smartphone offering in Motorola's portfolio. The phone sits alongside the Moto G9 that was launched in India recently, and the Moto G9 Play introduced in other global markets. The Moto G9 Plus is powered by the Qualcomm Snapdragon 730G SoC and comes with 128GB of onboard storage. It has a large 5,000mAh battery. The phone has a quad camera setup at the back with a 64-megapixel main sensor on board.

The new Moto G9 Plus is priced at BRL 2.249,10 (roughly Rs. 31,000) for the lone 4GB + 128GB storage model in Brazil. The handset comes in Rose Gold and Blue Indigo colour options. It is already on sale in the country through the company's official website. There is no clarity on whether the Moto G9 Plus will launch in India or not.

There is a hybrid dual-SIM slot (Nano) on the Moto G9 Plus and it runs of Android 10 software. The phone features a 6.8-inch full-HD+ Max Vision HDR10 Super Screen display and it is powered by the 2.2GHz Qualcomm Snapdragon 730G SoC. It packs 4GB of RAM and 128GB of internal storage. There is microSD card support for storage expansion, if needed.

The Moto G9 Plus has a 5,000mAh battery with 30W TurboPower fast charging support. Connectivity options include Bluetooth v5, Wi-Fi 802.11 ac, GPS, USB Type-C, and a 3.5mm audio jack. There is a side-mounted fingerprint sensor. Other sensors on board include accelerometer, proximity sensor, gyroscope, and ambient light sensor. The phone measures 170x78.1x9.7mm and weighs 223 grams.