Moto G9 Plus may have two variants, one of which may have been listed on a retail website. 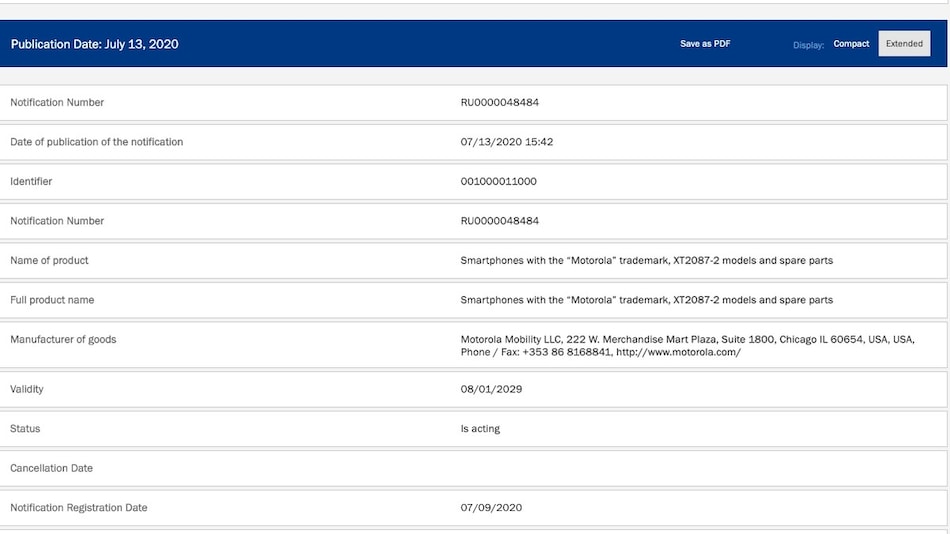 Moto G9 Plus was also reportedly spotted in an EEC listing

Moto G9 Plus may be Motorola's next smartphone in what seems to be quite an active month for Motorola. The phone was reportedly listed on an online retail website suggesting a price tag of EUR 277.15 (roughly Rs. 23,700) for the 4GB RAM and 128GB storage variant. The Lenovo-owned company just launched the Motorola One Vision Plus and the Motorola G 5G last week and now another Motorola phone seems to be heading to market. As of now, Motorola itself has not shared any information on the Moto G9 Plus.

First spotted by known tipster Sudhanshu and independently verified by Gadgets 360, the Motorola Moto G9 Plus has been listed on Spanish online retailer ParatuPC with a price tag of EUR 277.15 for the 4GB RAM + 128GB storage variant. Presumably, this is one of the configurations for the rumoured Moto G9 Plus. It lists the phone as out of stock.

The EEC listing was first spotted by MySmartPrice and independently verified by Gadgets 360.

As of now, Motorola has not shared any details about the rumoured Moto G9 Plus and it is unclear when it will go on sale. If the phone is announced later in July, it will be the company's fourth phone to launch this month and we're only about half way through July.