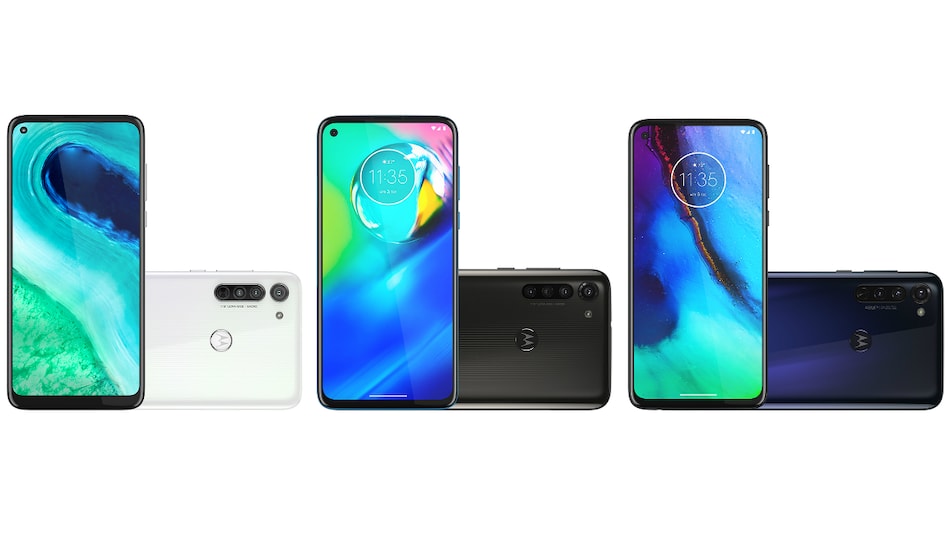 The new renders have been leaked by noted tipster Evan Blass, and it shows all the three phones from the front and back. The Moto G8 has leaked in a White colour option, and it shows the phone sporting a hole-punch display on the upper left corner of the screen. The Moto G8 is seen to sport a triple rear camera setup at the back, aligned vertically and placed on the top left corner of the back panel. There is a rear fingerprint sensor seen with the Motorola logo embossed on top of it.

The Moto G8 Plus – one of two launched variants in the Moto G8 family - comes with triple rear cameras, dedicated action camera, and Snapdragon 665 SoC. The render of the Moto G8 Power is identical to the recent Amazon leak, and the listing tips the phone to pack a 5,000mAh battery, and be powered by the Snapdragon 665 octa-core SoC. There's no word on when the three other Moto G8 family members will be made official. The Moto G8 Play is the other launched variant, and it too features a triple rear camera setup.