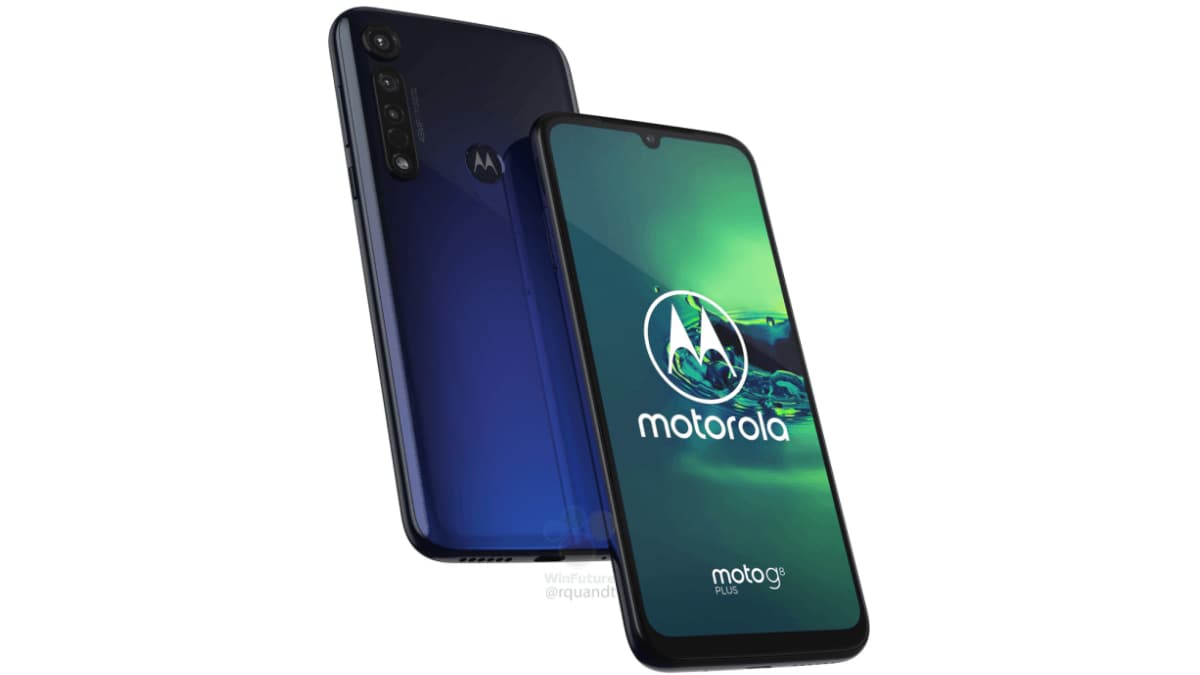 Moto G8 Plus is expected to feature 4GB of RAM

Moto G8 Plus is all set to launch in Brazil today. The phone will see a soft launch at 9:30am CT (8pm IST) when the company will reveal all details about it. This successor to the Moto G7 Plus is expected to sport a waterdrop-style notch, a triple rear camera setup, an additional laser autofocus system, and a rear fingerprint sensor. Rumoured specifications include Qualcomm Snapdragon 665 SoC, 4,000mAh battery, and 48-megapixel main shooter. Read on for more details about the Moto G8 Plus launch.

As mentioned, the Moto G8 Plus launch will take place at 9.30am CT (8pm IST). The pricing of the phone is yet to be revealed, but renders and specifications have cropped up online. To recall, the predecessor Moto G7 Plus was launched with a price tag of EUR 299.99 (roughly Rs. 23,600), and it is quite possible that the successor will be priced in the same range, or be a little higher. The Lenovo-owned brand could also launch the Moto G8 Play, vanilla Moto G8, Moto E6 Play phones as well today.

Leaked renders of the Moto G8 Plus suggest a triple camera setup, a gradient back panel finish, a waterdrop-style notch, a slight chin at the bottom of the display, and a rear fingerprint sensor. The is also believed that the phone will feature dual rear end speakers, USB Type-C port, and volume and power buttons on the right edge. The phone has been captured in Blue and Red gradient glossy finishes, but it could come in more colour options at launch.

Coming to the specifications, a recent leak suggests that the Motorola Moto G8 Plus will run on Android 9 Pie, and feature a 6.3-inch full-HD (1080x2280 pixels) IPS display. The phone is expected to be powered by the Snapdragon 665 octa-core SoC, paired with 4GB RAM. Onboard storage should be offered in 64GB and 128GB options, and further expansion via microSD card will be supported.

As for camera, the Moto G8 Plus may come with a 48-megapixel main shooter, a 16-megapixel wide-angle camera with 117-degree field of view, and a 5-megapixel depth sensor. The fourth cut-out is for the laser autofocus system allowing focus to be precise and quick. Up front, the phone is likely to pack a 25-megapixel selfie snapper.

The Moto G8 Plus is tipped to pack a 4,000mAh battery, and it is rumoured to house a 3.5mm audio jack and a rear fingerprint scanner. Connectivity options are tipped to include Bluetooth v5, LTE, dual-SIM support, wireless LAN, LTE Cat 13, dual band Wi-FI, NFC, and more. The phone will weigh at 188 grams, and it is expected to be 9.1mm thick.