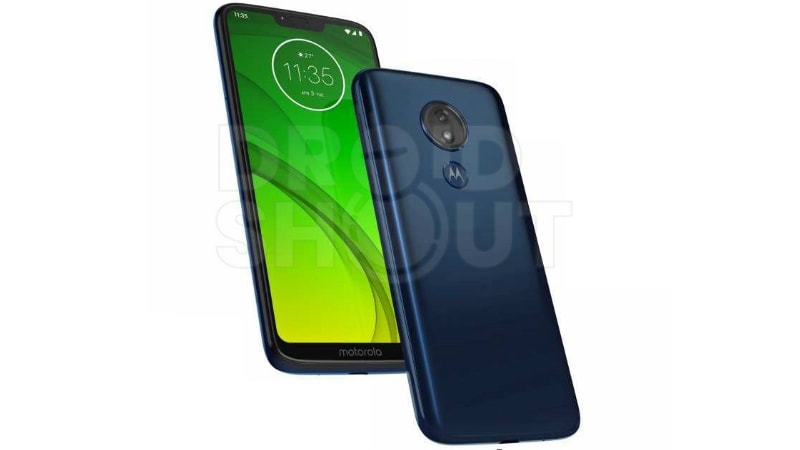 Lenovo-owned Motorola is working on its next-gen Moto G7 lineup and the smartphones have started to leak online. After press images of the entire series leaked last week, the Moto G7 Power has now allegedly been spotted on Geekbench. The smartphone is listed to run on Android 9 Pie operating system out-of-the-box. The benchmark listing also reveals some key specification of the Moto G7 Power variant. The company is expected to launch four devices in the Moto G7 lineup next year.

Previous leaks suggest that the Moto G7 Power will sport a wide display notch up front, a single rear camera setup, and a rear fingerprint sensor embedded within the Motorola batwing logo. The smartphone is found to have a large 5,000mAh battery. This would be larger than what will come on the rest of the Moto G7 series lineup, which includes the Moto G7, Moto G7 Plus, Moto G7 Power, and Moto G7 Play.

Press renders suggest that the Moto G7 and G7 Plus will have a waterdrop display notch similar to the Oppo F9 and Realme 2 Pro. The Moto G7 and Moto G7 Plus are found to have a higher screen-to-body ratio over their predecessors. Both phones also sport horizontally-placed dual rear camera setup.