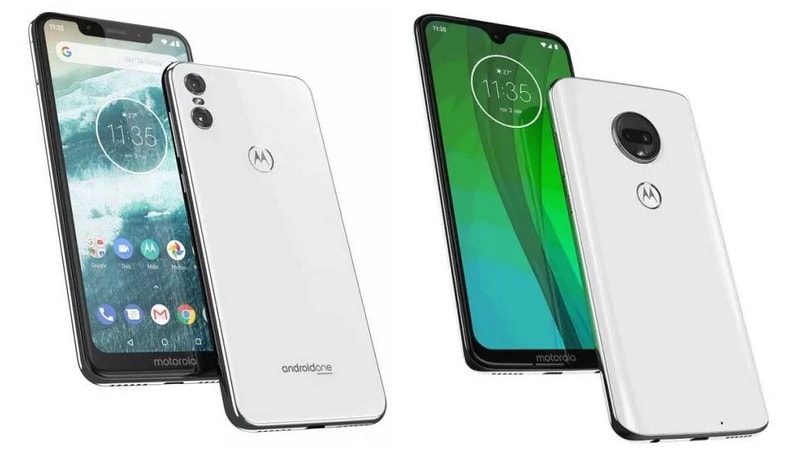 Moto G7 and Motorola One smartphones have reached the Indian shores. Lenovo-owned Motorola on Monday announced the launch of the two phones in the country. While the company had been teasing the Moto G7's launch for quite some time, the Motorola One's arrival in India is a surprise. Both the smartphones pack a dual rear camera setup and 4GB of RAM, but that's where the similarities end as they pack different processors and also have different designs. The Moto G7 is powered by the Snapdragon 632 SoC and has a 6.24-inch display, whereas the Motorola One comes equipped with a 5.9-inch display and draws power from the Snapdragon 625 SoC.

The Moto G7 features a 6.24-inch full-HD+ (2270x1080 pixels) Max Vision display with 19:9 aspect ratio and 403ppi pixel density. The display is protected by a layer of Corning Gorilla Glass 3 and there is a teardrop notch at the top. The phone also comes with a layer of P2i water repellent coating to keep it safe from liquid splashes. The Moto G7 is powered by the octa-core Qualcomm Snapdragon 632 SoC clocked at 1.8GHz, paired with 4GB of RAM. On the software side, the Moto G7 runs Android Pie.

The Motorola One, on the other hand, packs a 5.9-inch HD+ (720×1520 pixels) Max Vision LCD display with 19:9 aspect ratio and a layer of 2.5D Gorilla Glass on top. Unlike the Moto G7's teardrop notch, the Motorola One has a wide notch. It is powered by the Qualcomm Snapdragon 625 SoC ticking alongside the Adreno 506 GPU and is paired with 4GB of RAM. The device has 64GB of internal storage which can further be expanded via a microSD card (up to 256GB). The Motorola One boots Android 8.1 Oreo.