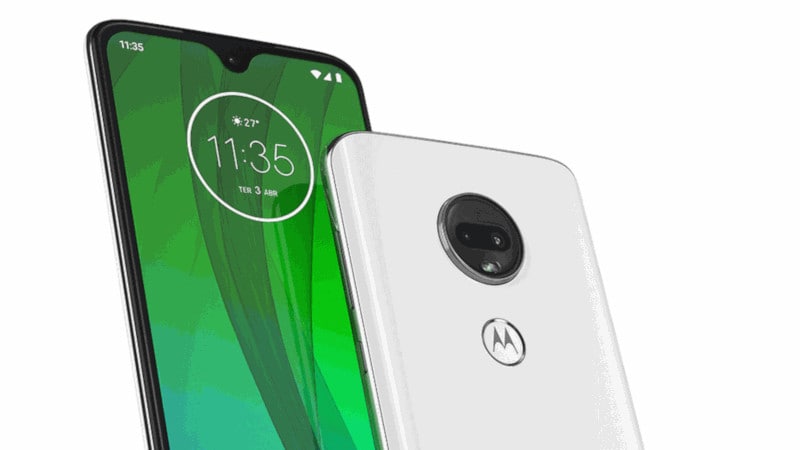 Moto G7 family is likely to debut on February 7. But ahead of its formal launch, the prices of the Moto G7 and Moto G7 Plus have now surfaced on the Web. The smartphones are said to arrive in the European market with a starting price of EUR 300 (roughly Rs. 24,400). The latest revelation comes days after the prices of the Moto G7 Play and Moto G7 Power leaked online. The Moto G7 range is speculated to start at EUR 149 (roughly Rs. 12,100) and the most affordable model in the family is likely to be the Moto G7 Play. The Moto G7 and Moto G7 Plus, on the other hand, are rumoured to be the superior models in the lineup with dual rear camera setups and octa-core SoCs.

Tipster Ishan Agarwal on Monday evening leaked the prices of the Moto G7 and Moto G7 Plus. As per his tweet, the Moto G7 will go on sale in the European markets at EUR 300, while the Moto G7 Plus will debut at EUR 360 (roughly Rs. 29,300).

If we look at the previous reports, the Moto G7 family will run Android 9 Pie out-of-the-box and have features such as fingerprint sensor, microSD card, and usual connectivity options, such as 4G LTE.

As we mentioned, Motorola is hosting an event in Brazil on February 7 where it is likely to unveil the Moto G7 family. The new Moto G-series models are also likely to be showcased at MWC 2019 in the later part of February.

As per a recently leaked listing, the Moto G7 will come with a 6.24-inch full-HD+ (1080x2270 pixels) display and have an octa-core Qualcomm Snapdragon 632 SoC, coupled with 4GB of RAM and 64GB of onboard storage. The smartphone is found to sport a dual rear camera setup with a 12-megapixel primary sensor along with an f/1.8 aperture and a 5-megapixel secondary sensor with an f/2.2 aperture. For selfies, it will have an 8-megapixel sensor at the front along with an f/2.2 aperture.

The listing also revealed that the Moto G7 will pack a 3,000mAh battery. Furthermore, the smartphone could have dual-SIM connectivity and 4G LTE support.

Similar to the Moto G7, the Moto G7 Plus will feature a 6.24-inch display. There will, however, be an octa-core Qualcomm Snapdragon 636 SoC, paired with 4GB of RAM and 64GB of onboard storage in the base model.