Moto G62 was launched in Brazil with Snapdragon 480+ SoC. 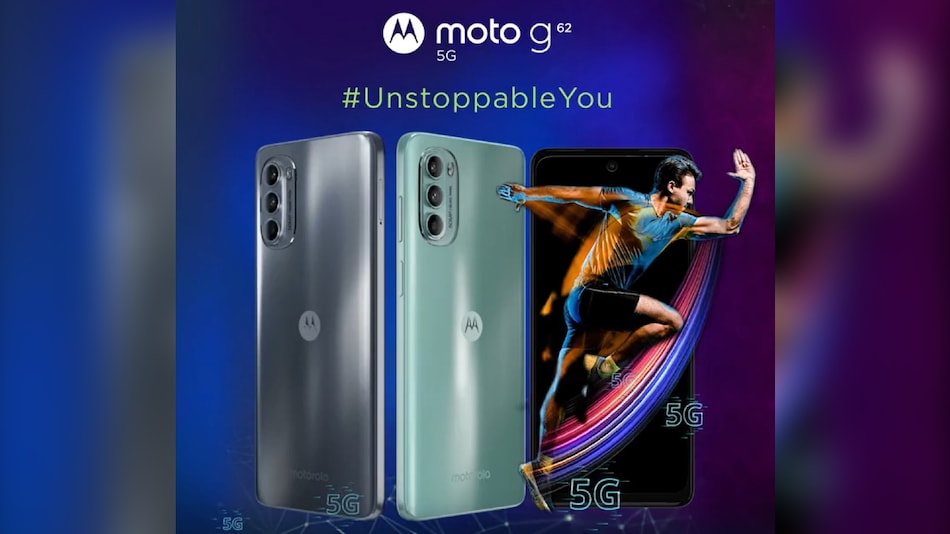 Moto G62 is all set to launch in India on August 11. Ahead of the phone's debut, a few details of the Moto G62 have been teased by the company. The smartphone will be powered by the Qualcomm Snapdragon 695 SoC and sport a 120Hz display. It is to be noted that the handset made its global debut in Brazil in May but has different specifications as compared to the one that will launch in India. The version launched in Brazil is powered by the Qualcomm Snapdragon 480 Plus SoC.

Motorola India shared a short video on Twitter announcing that the Moto G62 is coming to India on August 11. While the price of the smartphone is not known yet, reports suggest that it might be one of the most affordable 5G offerings. The smartphone will come equipped with the Snapdragon 695 SoC, a full-HD+ display with a 120Hz refresh rate, and 12 5G bands.

Motorola has also announced that the Moto G62 will be available for purchase from Flipkart. The phone is likely to be launched in two colours: Black and Green.

The smartphone was launched in Brazil with a different set of specifications. The version debuted in Brazil is powered by the Snapdragon 480+. It sports a 6.5-inch display with a 120Hz refresh rate, equipped with a 50-megapixel triple rear camera setup, along with a 16-megapixel selfie camera. The smartphone packs a 5,000mAh battery with support for 20W TurboPower fast charging.

It is also possible that apart from the SoC and configuration, Motorola may include the same specifications in the Indian variant as that of the version launched in Brazil. The handset was launched in only one configuration in Brazil — 4GB of RAM + 128GB storage.