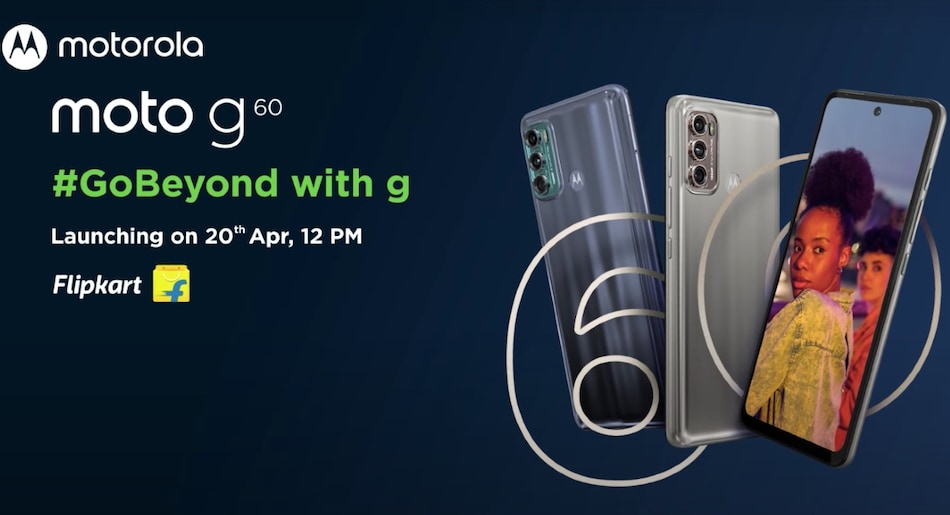 As per the teasers posted by Motorola last week, the Moto G60 and the Moto G40 Fusion launch in India will take place at 12pm (noon). Both phones will be available for purchase through Flipkart following their launch. However, exact availability details are yet to be revealed.

The Moto G60 will run on Android 11 and feature a 6.8-inch display with a 120Hz refresh rate and HDR10 support, according to official teasers. The phone is also teased to have a octa-core Qualcomm Snapdragon 732G SoC. Further, the Moto G60 will come with a triple rear camera setup that will include a 108-megapixel primary sensor, along with an 8-megapixel ultra-wide-angle sensor and a depth sensor. It will also feature an LED flash. The Moto G60 will also have a 32-megapixel selfie camera sensor at the front.

Just like the Moto G60, the Moto G40 Fusion will come with Android 11 and feature the same 6.8-inch display with HDR10 support as well as Qualcomm Snapdragon 732G SoC. It is also teased to have a 64-megapixel primary camera sensor and a 32-megapixel selfie camera.