Moto G60 is expected to come with a 108-megapixel primary sensor while Moto G40 Fusion may carry a 64-megapixel sensor. 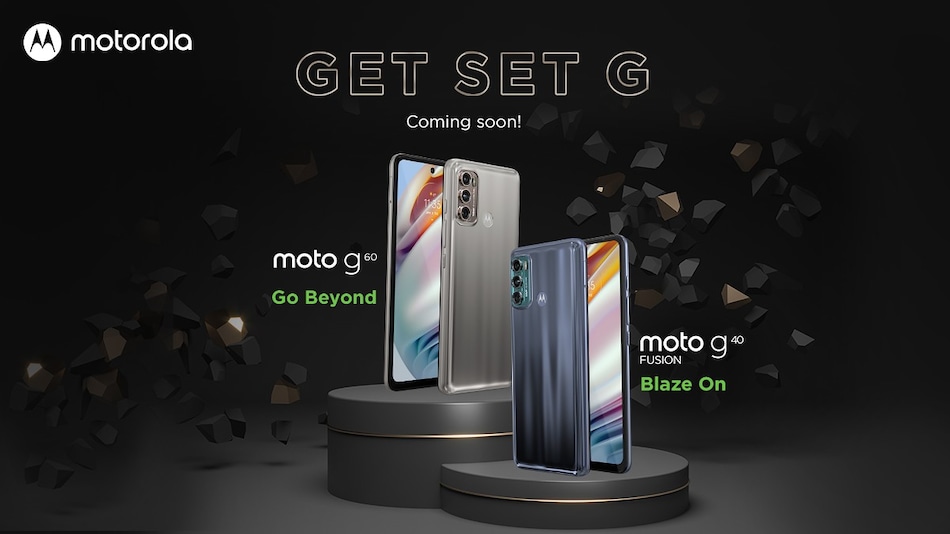 Motorola India tweeted that it will be revealing the features of the Moto G60 and the Moto G40 Fusion exclusively on Flipkart. The image shared in the tweet shows the back panel design for the two phones and they come with triple rear cameras. The Motorola branding can be seen on the back as well. Moto G60 can be seen in a grey colour while Moto G40 Fusion is seen in a bluish finish. There are three buttons on the right side of both phones with two being for volume and power, and the third is presumably a dedicated Google Assistant button.

Moto G60 has a centrally located hole-punch cutout for the selfie shooter but the selfie camera location on the Moto G40 Fusion is hidden in the shared photo. Both phones have relatively thick bezels all around.

Most recently, the two phones were allegedly spotted in Geekbench listings with 6GB RAM on Moto G60 and 4GB on Moto G40 Fusion. Both phones run on Android 11, as per the listing. The phones are believed to be powered by Qualcomm Snapdragon 732G SoCs. Moto G60 could come with a 108-megapixel Samsung ISOCELL HM2 sensor while the Moto G40 Fusion may carry a 64-megapixel primary camera sensor.