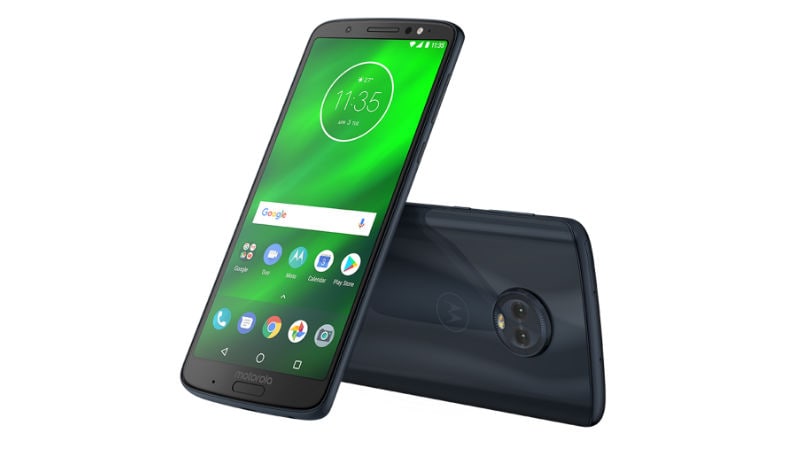 The Moto G6 Plus mid-range smartphone will be launched in India today. The Moto G6 Plus India launch comes roughly five months after the global unveiling of the handset in Brazil. Following the release of a few teasers earlier this month, Motorola is all set to bring the Moto G6 Plus in the country. To recall, the Moto G6 Plus was announced by Motorola alongside two other smartphones - Moto G6 and Moto G6 Play. While the other two handsets had already made their way into India in June, the Moto G6 Plus India launch was delayed back then. Notably, the key highlights of the upcoming smartphone are a slightly larger display, faster processor, and more RAM than the other two variants. Motorola has already teased more features like 'smart dual rear cameras', 'low light photography', and more in the Moto G6 Plus. It will also come with other features such as Google Lens, Spot Colour, Portrait Mode, Selective Black and White, Landmark Recognition, Face Unlock, 18:9 Max Vision Display, and TurboPower Charging.

Moto G6 Plus price in India

The Moto G6 Plus comes with 64GB of inbuilt storage, expandable via microSD card (up to 128GB). The connectivity options in the smartphone include 4G LTE, Wi-Fi, Bluetooth 5.0, USB Type-C, NFC, 3.5mm audio jack. It has the standard set of sensors. The handset packs a 3,200mAh battery and comes with support for Motorola's TurboPower adaptor. In terms of dimensions, the smartphone measures 159.9x75.5x7.99mm, and weighs 165 grams.