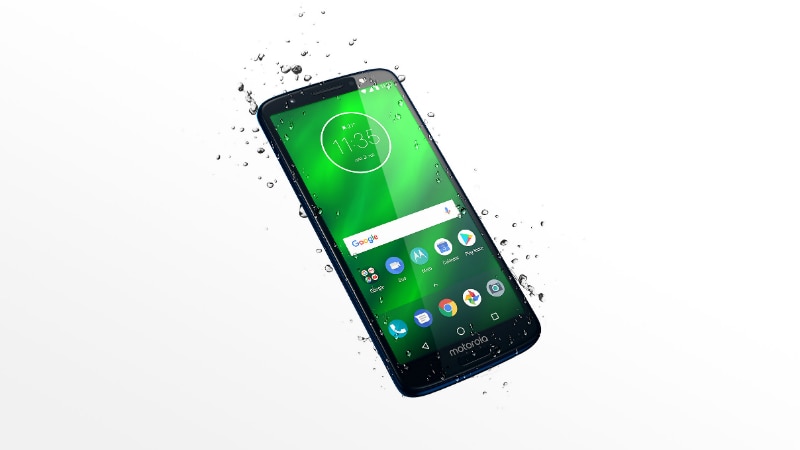 Moto G6 Plus was launched in India back in September with Android 8.0 Oreo

If the official Android 9 Pie changelog shared by Motorola on its official India website is any indication, the Moto G6 Plus is all set to receive the Android Pie in the country. The new software update will bring all the core Android Pie features as well as the December 2018 Android security patch. It is also expected to include the navigation-based navigation system, which debuted on the Google Pixel models initially. The core features of the Android Pie update includes Adaptive Battery and Adaptive Brightness to enhance the user experience. The Moto G6 Plus was originally launched in India with Android 8.0 Oreo. Aside from the Moto G6 Plus, Motorola recently released the Android Pie update to the Moto X4 and Motorola One Power.

The official Motorola changelog shows that the latest update for the Moto G6 Plus brings all the core features of Android Pie. This means we can expect to see Adaptive Battery, Adaptive Brightness, and a refined Doze mode. The update will also bring a redesigned Settings app with colourful icons. Furthermore, the gesture-based navigation system is expected. The changelog was first spotted by users on Reddit.

Additionally, the Android Pie update for the Moto G6 Plus will come with the December 2018 Android security patch.

Motorola on the support page mentions that the users are recommended to install the latest Android update when the battery is at least 50 percent charged, and the device is connected to a Wi-Fi network. The update is likely to shortly begin rolling out in batches and will be notified through a push notification.

However, you can manually check the availability of the Android Pie update on your Moto G6 Plus by going to Settings > System > System updates.

To recall, the Moto G6 Plus was launched in India back in September with Android 8.0 Oreo. The smartphone debuted globally in April - alongside the Moto G6 and Moto G6 Play.

As we mentioned, the news of the Android Pie update for the Moto G6 Plus comes days after the Motorola One Power received the same update in India. The handset also recently got the December 2018 security patch. The Lenovo-owned company has also reportedly pushed the fresh Android experience to the Moto X4 in select regions.