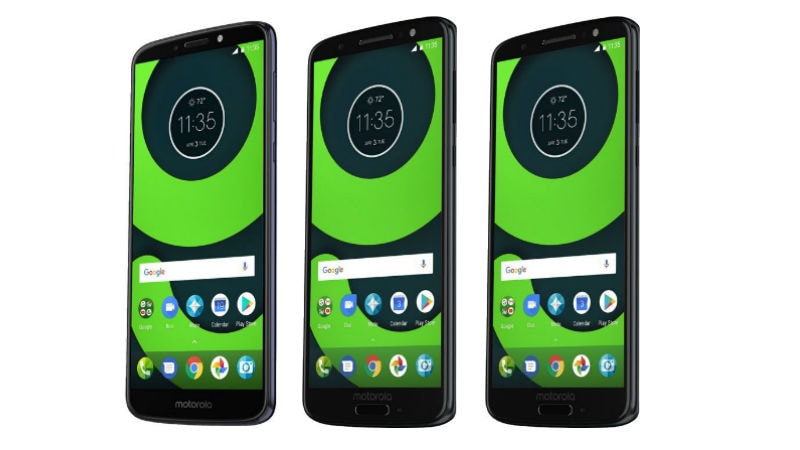 Motorola's Moto G6 series of mid-range, inexpensive smartphones is set to launch in the coming weeks with the Internet abuzz with information about all three phones in the range - Moto G6, Moto G6 Play, and Moto G6 Plus. Yet another such report has surfaced that claims to offer a look at display, design, camera, internals, software, and battery life of the upcoming Moto G6 Play.

As per a report by Android Headlines, specifications and features of the Moto G6 Play are said to have been revealed well before the official launch, based on "in-house Motorola documentation". According to the report, the Moto G6 Play will sport a 5.7-inch HD+ (720x1440 pixels) Max Vision display with an 18:9 aspect ratio and Corning Gorilla Glass 3 protection. The phone is said to be fuelled by a Qualcomm Snapdragon 427 SoC, paired with an Adreno 308 GPU.

The report suggests that the Moto G6 Play will bear a single 13-megapixel rear camera sensor, with certain software tweaks such as Quick Capture, Best Shot, Manual Mode, and a Beautification Mode; the last mode meant for enhancing selfies on the 5-megapixel front camera. Battery on the Moto G6 Play might be capped at 4000mAh with support for Motorola's proprietary TurboPower charging technology.

Features on the Moto G6 Play are reported to include FM Radio access, support for Dolby Audio technology, a fingerprint sensor with Moto Key support, and certain Moto-exclusive software capabilities. These are said to be the same on all three variants in the Moto G6 series.

Facebook Asks Users if They Think It's 'Good for the World'
Why Is Hollywood-Focussed Hooq Foraying Into Originals?