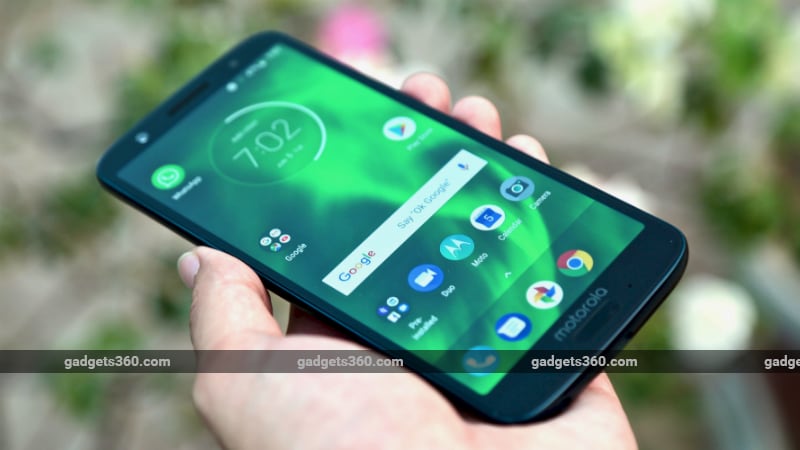 Lenovo-owned Motorola has started rolling out Android Pie update for Moto G6, Moto G6 Play, and Moto Z3 Play smartphones. The roll out has begun in Brazil, and it should expand to more regions soon. Android Pie brings with it goodies like redesigned notifications, Adaptive Battery, new UI, improved screenshot and audio controls, as well as overall performance and optimisation improvements. To recall, the Moto Z3 and Moto G6 Plus smartphones received the Android Pie update last month, and now more Motorola phones are getting this update.

Brazilian media Techtudo reports that the rollout of Android Pie has started for Moto G6, Moto G6 Play, and Moto Z3 Play phones in Brazil. This rollout has begun for users in Brazil, and hopefully the update should arrive in India soon. To recall, the Moto G6 and Moto G6 Play were launched in India last year, while the Moto Z3 Play didn't make it to India at all.

For now, Brazil users should be getting notified of the Android Pie update, and you can even check manually by going to Settings > System Updates. If you see a new pending update, hit Download and Install to upgrade your phone.

The rollout comes over six months after Google had unveiled the Android Pie, and it reflects Motorola's lack of effective software support. The report hasn't detailed the changelog for the three phones so we're uncertain if the update brings along an updated security patch as well, or not. Let us know in the comments below if you've received the update, and all the new things it brings along.