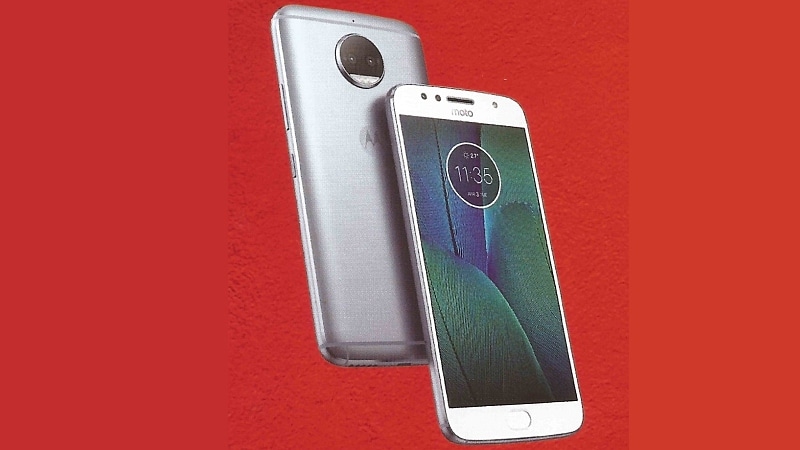 The Moto G5S Plus, a much rumoured model that's expected to expand the Moto G-Series of smartphones, has been leaked once again. This time, a new render image has found its way to the Web thanks to a popular tipster, showing the smartphone in its Silver colour variant as well as the dual rear camera setup that's meant to be the highlight feature of the two anticipated Moto G5S smartphones. Alongside, the tipster has shared specifications that more or less match previous leaks.

In a post on Twitter, popular tipster Andri Yatim shared the Moto G5S Plus photo, and claimed it would run Android 7.1.1 Nougat. The smartphone is said to be powered by a Qualcomm Snapdragon 626 SoC (previous leaks tipped the use of the Snapdragon 625) coupled with 4GB of RAM. It's said to sport two 12.9-megapixel rear cameras (matching the dual 13-megapixel camera rumour) with an aperture of f/1.7 for the primary sensor, and f/2.0 for the monochrome sensor.

As for the front camera, Yatim tips that the Moto G5S Plus will bear an 8-megapixel front camera with an f/2.0 aperture and LED flash. The smartphone is said to feature 64GB of inbuilt storage, and run on a 3072mAh battery - which will probably be called 3100mAh officially. The tipster adds that the smartphone supports Bluetooth v4.2 connectivity, matching previous leaks.

The Moto G5S Plus was earlier rumoured to feature a 5.5-inch full-HD display, a metal body design, and a fingerprint scanner on the home button up front. A price estimate pegged the smartphone would be made available with a price tag between Rs. 18,999 and Rs. 19,999. It is expected to launch July 25 at an event in New York alongside the Moto X4, Moto Z2, and other devices.