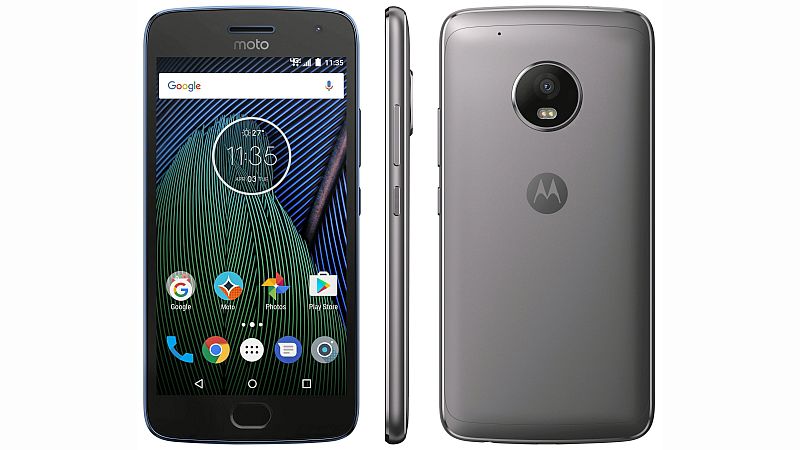 Lenovo's new Moto G5 Plus has been leaked in a new press render showing the metal body once again ahead of the company's Sunday launch event. Apart from sharing the new leaked render for the Moto G5 Plus, Evan Blass also claimed that the Moto G5 Plus will be heading to Verizon in the US. If this turns out to be true then both the Moto G5 and Moto G5 Plus should be available on Verizon.

In a tweet, Blass wrote, "Moto G5 Plus for Verizon," which seemingly hinted that the handset is heading to Verizon though it would be too early to say that the Moto G5 Plus will be Verizon exclusive. The leaked render, as before, shows the all-metal body of the Moto G5 Plus. The home screen of the Moto G5 Plus hints that the smartphone may run a near stock Android version, and is widely rumoured to launch with Android 7.0 Nougat. The primary camera at the back can be seen surrounded by a circular design accompanied by dual-LED flash, corroborating earlier leaks. The new render leak once again shows the home button at the front which is widely expected to embed the fingerprint scanner. The legendary Moto "M" logo is seen at the back as well.

Both the Moto G5 and Moto G5 Plus are rumoured to come with similar specifications including full-HD screen resolution, Corning Gorilla Glass 3 cover for protection, run on Android 7.0 Nougat out-of-the-box, and support expandable storage via microSD card (up to 128GB). Some of the other similarities in the handsets include fingerprint scanner at the front, 2GB of RAM, 5-megapixel front camera, and water repellent coating. Both Moto G5 and G5 Plus are expected to come in Lunar Grey and Fine Gold colours.

Lenovo has lately been teasing the Moto G5 launch alongside Moto G5 Plus smartphones for its Sunday launch event at the side-lines of MWC 2017 in Barcelona.