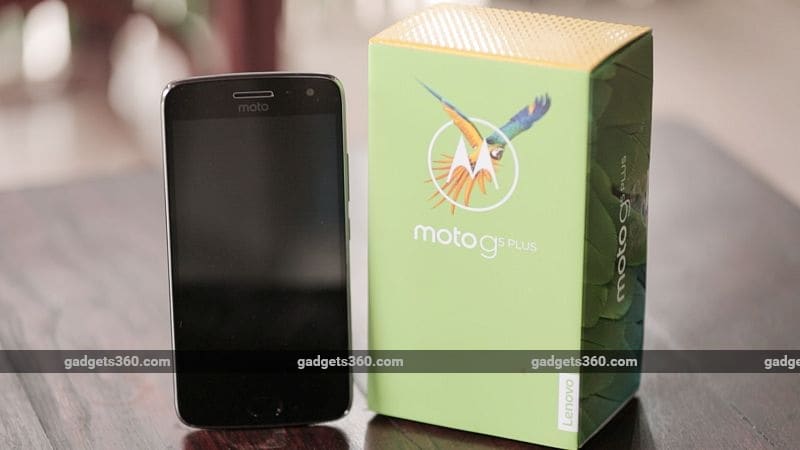 Moto G5 Plus smartphone which was launched on March 15 on Flipkart has witnessed record sales on the first day of launch. The company said the Moto G5 Plus had become the fastest selling smartphone on Flipkart in its price segment.

The Moto G5 Plus went on sale at 11:59pm March 15, and according to Flipkart, the rate of sale was over 50 units per minute. The company says the Moto G5 Plus 3GB RAM/ 16GB storage variant went out of stock within the first few minutes.

The online marketplace added that its product exchange programme was successful as well, as over 4,000 older Motorola phones were exchanged for the new Moto G5 Plus.

"True to its #Uncompromise motto, the overwhelming response to the exclusive launch of the Moto G5 Plus reflects customers' demands to have access to latest and affordable technology. This reinforces the strong belief our customers have in Flipkart, making us the dominant player in the online smartphones market," said Ayyappan R, Director-Mobiles, Flipkart.

"To further fuel the digital transition in India, we are committed to easing the burden of owning a smart device for our customers through Flipkart innovations such as the BuyBack Guarantee program, in addition to product exchange and no cost EMI," he added.

The Moto G5 Plus sports a 5.2-inch full-HD (1080x1920 pixels) IPS LCD display with Corning Gorilla Glass 3 protection. It is powered by a 2GHz Snapdragon 625 octa-core SoC, and in India this is coupled with either 3GB or 4GB of RAM. The camera setup includes a 12-megapixel rear camera, complete with dual autofocus pixels, 4K video recording, an f/1.7 aperture, and dual-LED flash. On the front, it sports a 5-megapixel camera with an f/2.2 aperture and a wide-angle lens. Onboard storage, either 16GB or 32GB, is expandable via microSD card (up to 128GB).

Connectivity options on the Moto G5 Plus include 4G LTE, Wi-Fi 802.11 a/b/g/n, GPS/ A-GPS, NFC, Bluetooth v4.2, 3.5mm audio jack, and Micro-USB. The Moto G5 Plus battery capacity is 3000mAh. It is non-removable, and the company is touting TurboPower charging will provide six hours of battery life in just 15 minutes of charging. Sensors on board include accelerometer, ambient light sensor, and gyroscope. It weighs 155 grams and measures 150.2x74x9.7mm.