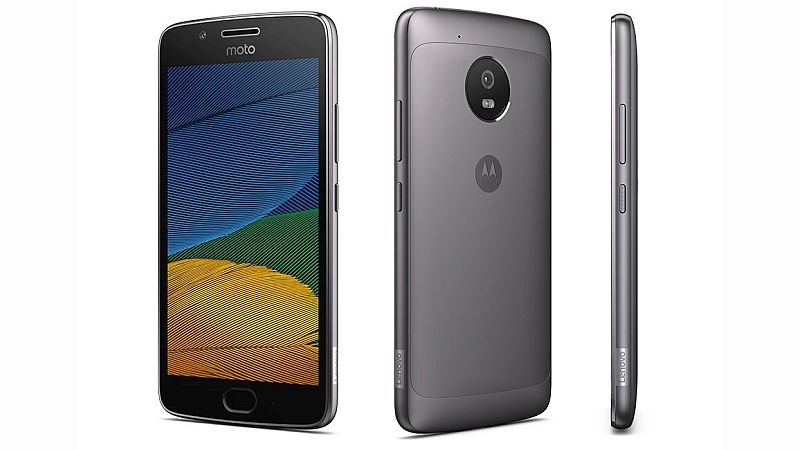 Lenovo's mid-range Moto G5 and Moto G5 Plus smartphones are expected to launch later this month at the company's February 26 event at MWC 2017 in Barcelona. Ahead of the official Moto G5 and Moto G5 Plus unveiling, a Spanish online retailer accidentally listed the yet-to-be-announced smartphones with purported official renders and promotional materials claiming features, specifications, and other details. It's however worth noting that the Spanish listing K-Tronix has since pulled down the listings.

The Moto G5 and Moto G5 Plus will come with similar specifications including full-HD screen resolution, Corning Gorilla Glass 3 cover for protection, run on Android 7.0 Nougat out-of-the-box, and support expandable storage via microSD card (up to 128GB). Some of the other similarities in the handsets include fingerprint scanner at the front, 2GB of RAM, 5-megapixel front camera, and water repellent coating. Both Moto G5 and G5 Plus are expected to come in Lunar Grey and Fine Gold colours.

Coming to the Moto G5 specifications, it will feature a 5-inch full-HD display with a pixel density of 441ppi; 32GB on board storage; 13-megapixel rear camera; 1.4GHz octa-core Snapdragon 430 SoC; 2800mAh battery with rapid charging support; 4G LTE support, and measure 144.3x73x9.5mm while weigh 145 grams. An earlier report has already claimed that the Moto G5 may be priced lower than its predecessor at launch.

The Moto G5 and Moto G5 Plus leaked promotional material was spotted by a Reddit user while was first reported by Droid-Life.

Lenovo is teasing the Moto G5 launch alongside Moto G5 Plus smartphones at its February 26 event at the side-lines of MWC 2017 in Barcelona.

Your Yahoo Account May Have Been Compromised Even Though Your Password Was Safe
iPhone 8 to Ditch Home Button for 'Function Area', Cost Over $1,000: KGI Analyst Ming-Chi Kuo