Moto G5 India Launch on April 4, Confirmed to Be Amazon-Exclusive 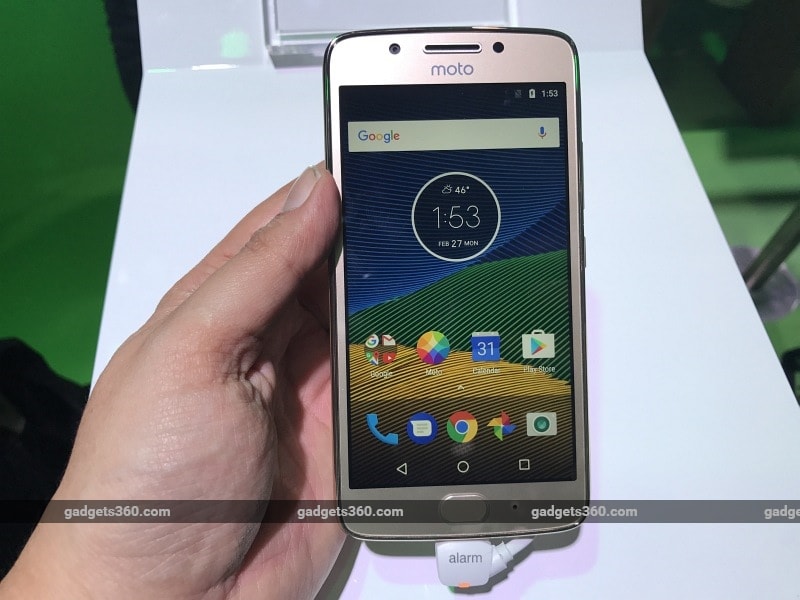 Unlike its sibling, which is exclusive to Flipkart, the upcoming Moto G5 will be sold exclusively on Amazon India, and is confirmed to go on sale in India at 12am IST on April 5. Special Moto G5 launch offers will be provided to Amazon Prime customers in the country, though they are yet to be detailed. Prior to this, Moto phones such as Moto G (Gen 3), Moto G Play, Moto G4, Moto G4 Plus, Moto G Turbo Edition, Moto X Force, Moto Z and Moto Z Play have been sold on Amazon.

The Moto G5 is the smaller variant of the Moto G5 Plus with many differences in specifications as well. The device will presumably be cheaper than the Moto G5 Plus (Review), which was launched in India for Rs. 14,999 for the 3GB RAM+16GB storage variants, and Rs. 16,999 for the 4GB RAM+32GB storage variant. Official price and availability details will be announced at the April 4 event. Both the smartphones were first unveiled at MWC in Barcelona. At a price point lower than that of Moto G5 Plus, the upcoming Moto G5 will come in direct competition with the popular Xiaomi Redmi Note 4.

Moto G5 runs on Android 7.0 Nougat out of the box, and was unveiled in Lunar Grey, and Fine Gold colour variants. The smartphone features a 5-inch full-HD (1080x1920 pixels) display and be powered by a 1.4GHz Snapdragon 430 processor. It offers 2GB or 3GB of RAM and 16GB or 32GB of internal storage, with the option to expand further via a a microSD card slot(up to 128GB). The Moto G5 packs a 2800mAh removable battery with support for fast charging. As for optics, the Moto G5 sports a 13-megapixel rear camera with PDAF, f/2.0 aperture, and dual-LED flash, and a 5-megapixel wide-angle front camera for selfies.

The Moto G5 comes with a fingerprint scanner in the front underneath the Home Button. However, the big highlight is that the device integrates Google Assistant, a feature first exclusive only to the Pixel devices. Just like the Moto G5 Plus, it comes with Motorola-exclusive features such as Moto Display, Actions, twist gesture, and a One Button Nav mode that lets users navigate the interface with swipes on the fingerprint scanner.