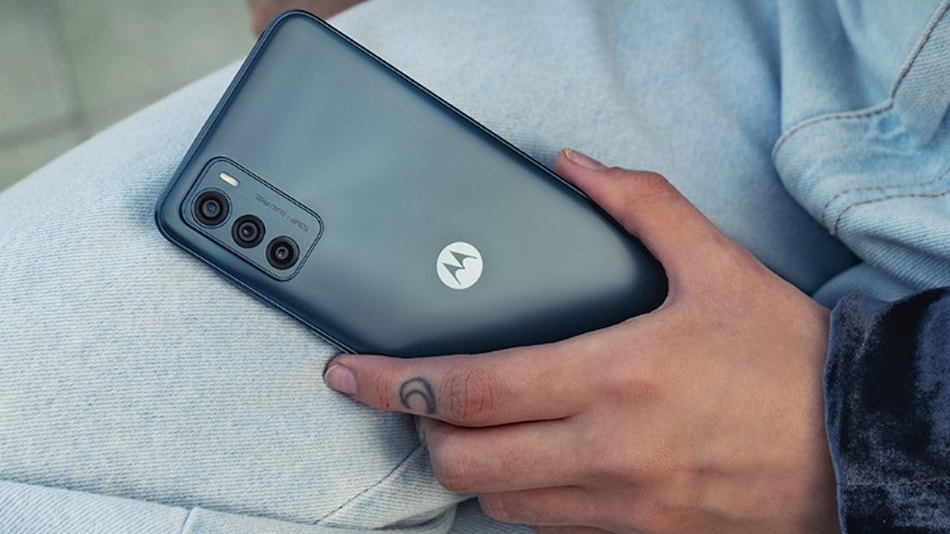 Moto G42 is set to launch in India today. In its typical fashion, Motorola is expected to make the launch announcement of its new Moto G-series phone at around 12pm (noon) through its social media channels. The Moto G42 was introduced in Brazil last month. The smartphone comes as the successor to last year's Moto G41. It offers features including triple rear cameras and 20W fast charging. Ahead of the official launch, Moto G42 price in India has been tipped online.

Flipkart last week announced the launch date of the Moto G42 in India. However, Motorola has since then started teasing the launch through its social media channels.

The Moto G42 will be available in two colour options: Atlantic Green and Metallic Rosé. It will go on sale through Flipkart as well as leading retail stores following the official launch, the company announced through its social media posts.

The Moto G42 price in India will be set at Rs. 13,999 for the lone 4GB RAM + 64GB storage variant, tipster Yogesh Brar has claimed on Twitter. The new smartphone is also said to receive a Rs. 1,000 card discount that would make it effectively available at Rs. 12,999.

The Moto G42 comes with a 6.4-inch full-HD+ (1,080x2,400 pixels) OLED display with a 20:9 aspect ratio. It is powered by the Snapdragon 680 SoC, along with Adreno 610 GPU and 4GB of RAM. The phone comes with the triple rear camera setup that houses a 50-megapixel primary sensor, along with an 8-megapixel ultra-wide shooter and a macro shooter.

Motorola has provided a 16-megapixel selfie camera sensor at the front.

The Moto G42 comes with 128GB of storage in Brazil, though the India model is teased to have 64GB storage. Besides, the phone packs a 5,000mAh battery with 20W fast charging support.