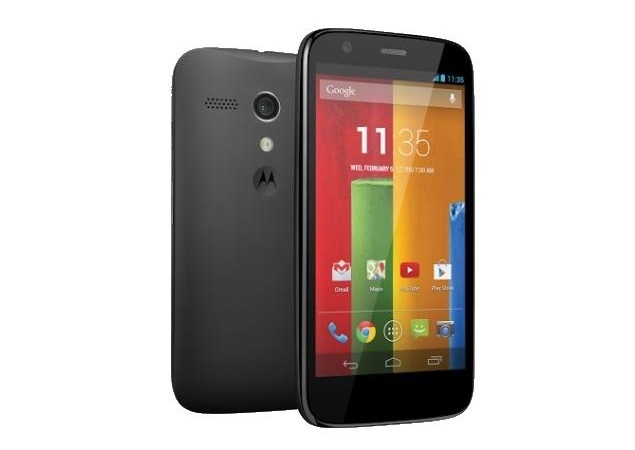 While it has already been confirmed that Motorola will be launching the dual-SIM version of the Moto G in India in early-January 2014, and that the smartphone would be receiving a 'guaranteed' Android 4.4 KitKat the same month, a new report says the model that will ship in India will come pre-loaded with Google's latest iteration of Android.

Omio News Blog in a report has revealed Motorola's plans for the rollout of Moto G with the latest Android iteration in various countries.

The report quotes Mark Randal, Senior Vice President, Supply Chain & Operations, Motorola who while replying about Android 4.4 KitKat rollout plans for Moto G said that the company will be shipping the smartphone with Android 4.4 KitKat after Christmas. Considering that in India, the Moto G will be launched next year, in early January, it is quite evident that the device will be running Android 4.4 KitKat out-of-the-box.

Further, the report notes that the Motorola Moto G will release in two waves (as we confirmed during the press conference) , the first wave includes countries namely Brazil, France, Germany, Mexico and UK, while the second wave includes US, South East Asia and other countries. Randal also revealed that the Motorola Moto G will be launched with Android 4.3 Jelly Bean in first wave countries, though they will also receive the Android 4.4 KitKat update by the end of January.

The Motorola Moto G features a 4.5-inch HD 'edge-to-edge' display with a resolution of 720x1280 pixels (translating to a pixel density of 329ppi) and boasts a Corning Gorilla Glass 3 screen. Powered by a quad-core 1.2GHz Qualcomm Snapdragon 400 processor coupled with an Adreno 305 GPU, the Moto G features 1GB of RAM. On the optics front, the Moto G sports a 5-megapixel rear camera along with an LED flash and also includes a 1.3-megapixel front-facing camera. The rear camera supports HD (720p) video recording.

The Motorola Moto G also features water-resistant nano-coating on the inside and outside. The Moto G packs a 2070mAh battery, which Motorola claims can deliver up to 30 percent more talktime than the Apple iPhone 5s.

Microsoft, IBM, Cisco may face challenges in China following spy scandal
'Super-Wi-Fi' heading to 500 campuses in the US