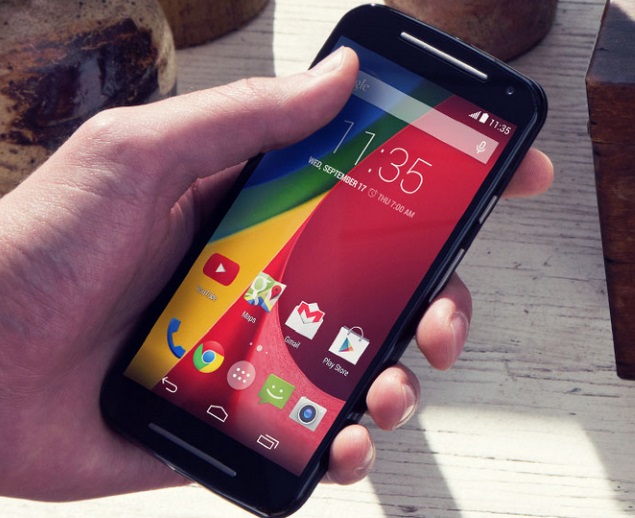 Motorola has reportedly started rolling out Android 5.0.1 update for Moto G and Moto G (Gen 2) devices in the US.

While there is no official word from the company about the update roll out, according to DroidLife, some users in the US are claiming that the OTA Android 5.0.1 update was made available on their Motorola Moto G and Moto G (Gen 2) devices.

From the purported images of the update change log on Moto G (Gen 2), the update carries system version 22.21.25, whereas in case of original Moto G smartphone it is version 220.21.25. But both updates are seen to have the same build number LXB22.46-25.

(Also see: Android 5.0.1 Lollipop Update Rolling Out to Nexus 4 and Nexus 5 in India)

On Saturday, the company also officially announced the Android 5.0 Lollipop update for its Moto X (Gen 2) (Review | Pictures), which will arrive this week. The company added will soon start the roll out for other eligible Motorola devices as well.

Moto X (Gen 2) 32GB to Go on Sale in India on Monday
The Interview: Sony Says It Is Trying to Find Alternatives to Theatrical Release