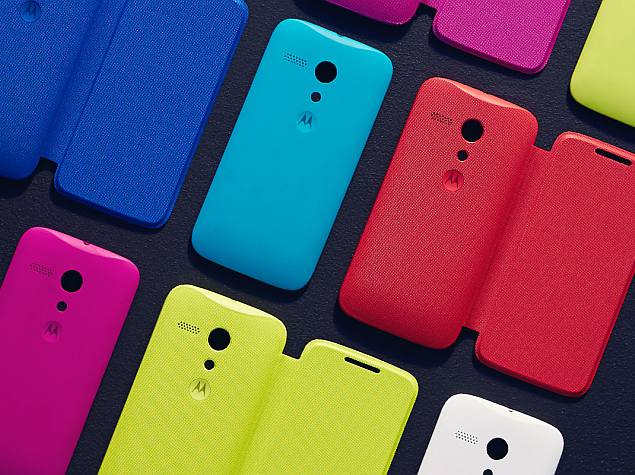 At its London event of the Moto E on Tuesday (which happened simultaneously with the New Delhi launch event), Motorola also revealed the 4G LTE-capable version of the Moto G (confirming an Amazon listing from Monday).

Notably, the Moto G 4G features a microSD card slot, with support for cards up to 32GB. This essentially removes the biggest qualm users had with purchasing the device - a wise decision that Google may want to emulate on the next Nexus.

So far, while a 16GB variant of the Moto G 4G will also be available, the company has only revealed UK pricing for the 8GB variant, at GBP 149 (roughly Rs. 15,000). The two variants are scheduled to hit the UK within the next few weeks, but now global (or India) availability has been detailed.

Apart from what must be a different Qualcomm Snapdragon 400 chipset and radio combination for LTE support, as well as the microSD card slot, the Moto G 4G features identical specifications as the Moto G launched in November last year. For now, a dual-SIM variant has not been announced.

On the optics front, the Moto G 4G sports a 5-megapixel rear camera along with an LED flash and also includes a 1.3-megapixel front-facing camera. The rear camera supports HD (720p) video recording.

The Moto G 4G also features water-resistant nano-coating on the inside and outside. The Moto G 4G packs a 2070mAh battery.

Motorola on Tuesday also launched the Moto E smartphone, announcing India pricing and availability of Rs. 6,999 and May 14.