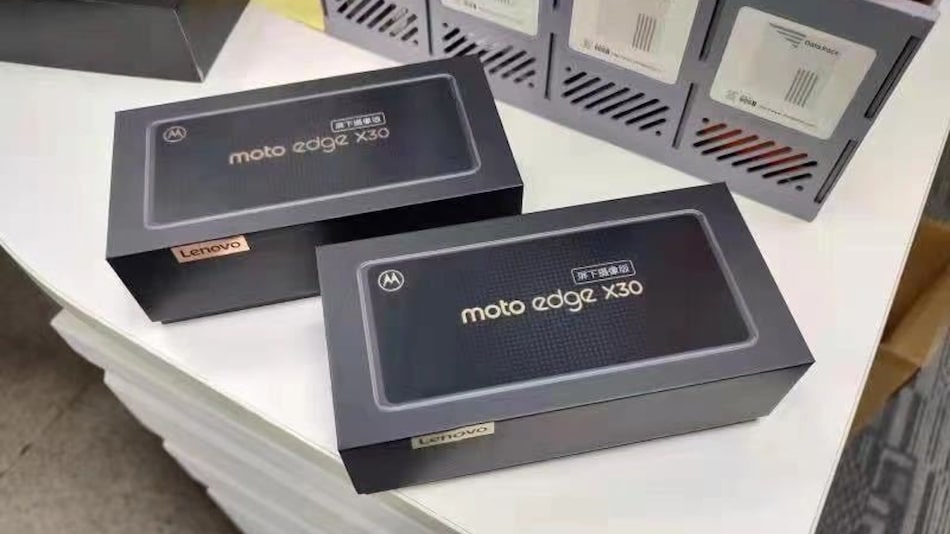 Moto Edge X30 Special Edition with an under-display selfie camera has been teased by a company executive on Weibo. The new Motorola phone was showcased during the launch of the flagship Moto Edge X30 in December. The Lenovo-owned company has, however, not yet announced any further details about the handset. The Moto Edge X30 Special Edition will be the company's first phone to come with an under-display camera that hides under the screen when not in use. Companies including Samsung also offered a similar experience on their recent premium phones.

Lenovo Mobile Business Group's China General Manager Chen Jin has shared the image showing the retail box of the Moto Edge X30 Special Edition. The box itself shows that the phone has an under-display selfie camera. The handset is also known as the Moto Edge X30 Under-Screen Camera Edition.

While announcing the Moto Edge X30 Special Edition last month, Motorola didn't detail the specifications of the new smartphone. It is, however, expected to be similar to the regular Moto Edge X30 — except the new selfie camera.

The Moto Edge X30 Special Edition carries a price tag of CNY 3,999 (roughly Rs. 47,000) for the lone 12GB RAM + 256GB storage variant. The phone has not yet been available for purchase in the Chinese market, though.

Motorola has offered a 60-megapixel selfie camera sensor that hides under the display when not in use using on-screen pixels on the display. The same sensor is also available on the regular Moto Edge X30 but without on-screen pixel support.