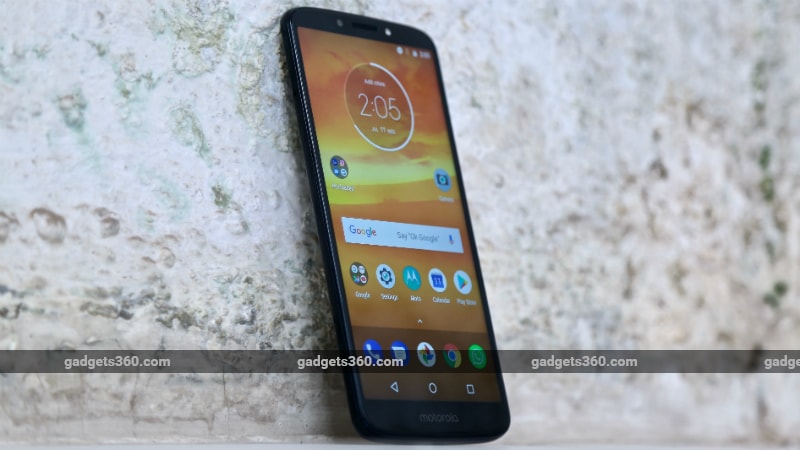 Motorola has announced price cuts on two of its smartphones - Moto E5 Plus and Moto X4 - in India. Ahead of the festive season, the Lenovo-owned manufacturer has slashed the prices of the two handsets and also announced a cashback offer. To recall, Motorola had launched Moto E5 Plus in the country back in July alongside the Moto E5 smartphone. The Moto X4, on the other hand, was launched in India last year in November. Recently, a report had claimed that the company had dropped the price of one of the variants of Moto X4 in the country. However, Motorola has now officially announced all the offers that are applicable on the two handsets.

Motorola has noted that the offer is applicable on purchase of the Moto E5 Plus and Moto X4 at all Moto Hubs and retail stores across the country. As part of the offer, buyers of the two Moto smartphones can avail a Rs. 3,000 cashback via the Paytm Mall app. They can also avail no cost EMIs through Bajaj Finserv and Home Credit on all Motorola smartphones.

To recall some of the specifications, the dual-SIM (Nano) Moto E5 Plus runs Android 8.0 Oreo and sports a 6-inch HD+ (720x1440 pixels) Max Vision IPS LCD display with an 18:9 aspect ratio. It is powered by a 1.4GHz octa-core Qualcomm Snapdragon 430 SoC coupled with 3GB of RAM. It comes with a 12-megapixel rear camera with f/2.0, LED, PDAF, and laser autofocus, and a 5-megapixel selfie camera with selfie light. It is equipped with 32GB of inbuilt storage, expandable via microSD card (up to 128GB). There is a 5000mAh battery under the hood of the Moto E5 Plus, with support for 15W TurboPower charging.

The dual-SIM (Nano) Moto X4, on the other hand, runs on Android 7.1.1 Nougat and sports a 5.2-inch full-HD (1080x1920 pixels) LTPS IPS display. It is powered by an octa-core Snapdragon 630 SoC clocked at up to 2.2GHz, coupled with up to 6GB of RAM. Notably, the 6GB RAM variant is not a part of the price cut. The smartphone has a dual rear camera setup with a 12-megapixel primary camera and an 8-megapixel ultra-wide angle sensor with a 120-degree field of view. The front camera features a 16-megapixel sensor. Apart from a 4-megapixel adaptive low light mode, there is also a beautification mode. The smartphone is available in two inbuilt storage variants - 32GB or 64GB - both of which are expandable via microSD card (up to 2TB). It is fuelled by a 3000mAh non-removable 'all-day' battery, which when coupled with a 15W TurboPower charger (bundled in the box)