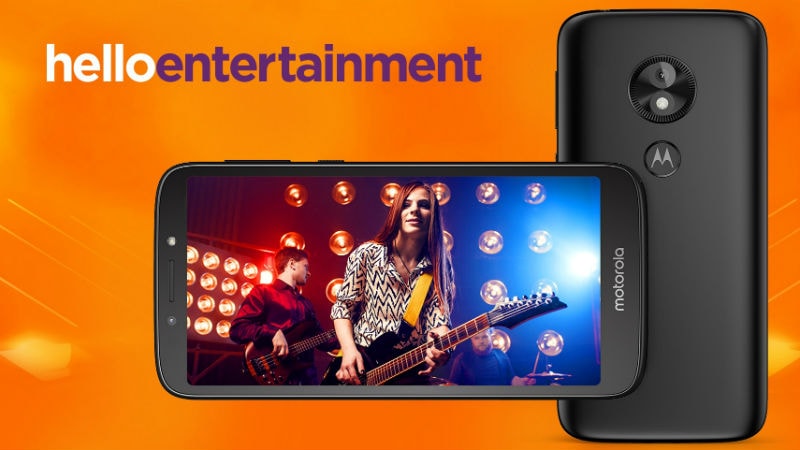 In April 2018, Motorola had launched six new smartphones in its G-series and E-series. The Moto E-series was unveiled to cater to the entry-segment as the new offerings - the Moto E5, Moto E5 Plus, and Moto E5 Play - were positioned below the respective Moto G6 models. While the Moto E5 Play started out as a US exclusive smartphone, it is now launching in European and Latin American countries, but this time it runs Android 8.1 Oreo (Go edition) instead of the full Android Oreo. Additionally, there are some changes in terms of specifications as well. With rumours surrounding Samsung's announcement of its first Android Go smartphone, Motorola has announced the new variant of Moto E5 Play that takes advantage of Google's optimised version of Android for budget handsets.

As mentioned, the Moto E5 Play with Android Oreo (Go edition) will be available in European and Latin American markets starting this month. The smartphone has been priced at EUR 109 (roughly Rs. 8,700). Motorola has not yet revealed the India release date and prices of the Moto E5 Play (Go edition) handset.

Instead of a 5.2-inch display with 16:9 aspect ratio in the original Moto E5 Play, the new Moto E5 Play variant sports a 5.3-inch display with 18:9 aspect ratio. The two smartphone share a similar basic design, including the rear-mounted fingerprint sensor underneath the Moto logo. This variant sports the same 8-megapixel rear camera and a 5-megapixel front-facing camera with flash. Other specifications like the processor and RAM, have not been specified. While the original Moto E5 Play model comes with 2GB of RAM, the Android Go model could come with 1GB RAM as that is the limit for Android Go handsets.

Assuming the rest of the specifications are the same as the US model of the Moto E5 Play, it could have a 2800mAh battery, water-repellent coating, Snapdragon 425/ 427 SoC. The inbuilt storage in the smartphone could be 16GB, expandable via microSD card (up to 128GB).