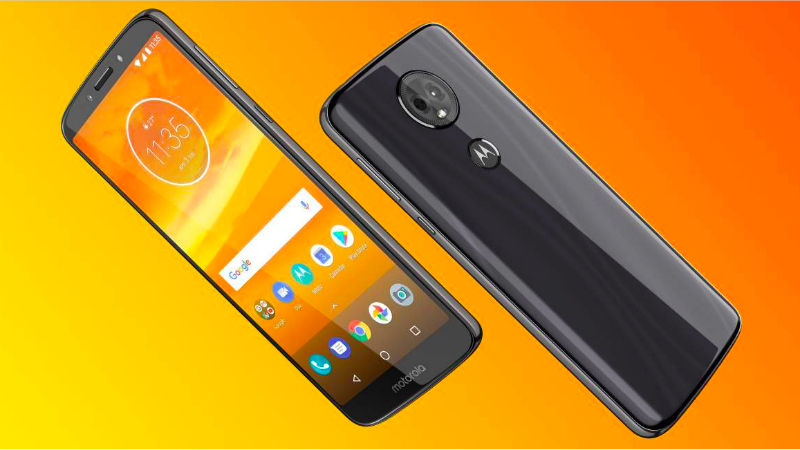 Along with the Moto G6 series, Lenovo-owned Motorola has unveiled the Moto E5 series of smartphones to cater to the entry-level segment. The new offerings - the Moto E5, Moto E5 Plus and Moto E5 Play - will be positioned below the respective Moto G6 models. Oddly, only two of the Moto E5 series phones sport the modern 18:9 aspect ratio, while the third is still stuck with the 16:9 display panel. All three models sport selfie flash, and have a fingerprint sensor embedded in the Motorola logo on the back.

The Moto E5 price (MSRP) will be EUR 149 (around Rs. 12,000), while Moto E5 Plus will cost EUR 169 (approximately Rs. 13,700). As for the release, Motorola has only said the two models will roll out in markets in Asia  Pacific (including India), Europe, and Latin America “over the coming months.” The Moto E5 Play will be restricted to the US, and its price has not been revealed yet, though it will likely be positioned below the Moto E5 smartphone. Motorola has not yet revealed the India release date and prices of the Moto E5 series handsets.

Moto E5 Plus has the best hardware among the three smartphones. The single-SIM (Nano-SIM) handset has a 6-inch IPS display with 18:9 aspect ratio and HD+ (720x1440 pixel) resolution. Its highlight is the 5000mAh battery, with TurboCharge support that the company says will provide juice worth 6 hours on 15 minutes of charge. The stock Android 8.0 Oreo smartphone is said to run on the Snapdragon 435 processor, with 3GB of RAM. Its body has a splash-resistant coating to protect it from splashes of water and other liquids.

Moto E5 is the next in line in this series, featuring a 5.7-inch display with the same 18:9 aspect ratio and HD+ resolution as its sibling. However, it gets the 1.4GHz quad-core Snapdragon 425 chip inside, with 2GB of RAM to keep things running. Another major difference is that the battery capacity is 4000mAh. However, it will come in dual- as well single-SIM (Nano SIM) variants.

As for the optics, the stock Android 8.0 Oreo-based Moto E5 has a 13-megapixel rear shooter with f/2.0 aperture and LED flash as well as a 5-megapixel selfie camera. It will be released in Flash Gray and Fine Gold colour options, and feature 4G LTE, Wi-Fi, Bluetooth 4.2 LE, NFC (in single SIM variant only), the usual sensors, and 3.5mm audio jack. It measures 154.4x72.2x8.95mm and weighs 174 grams.

Coming to the last model in the series, Moto E5 Play has a smaller 5.2-inch HD (720x1280 pixel) and a 2800mAh battery. It has the water-repellent coating for splash-proofing the handset as well. Motorola says it will be powered by Snapdragon 425/ 427 SoC, and have 2GB RAM; inbuilt storage is 16GB, and users can expand it up to 128GB with the help of microSD cards. As for cameras, an 8-megapixel sensor with f/2.0 aperture and LED flash is placed on the back, and a 5-megapixel camera is in the front. The handset comes in Black, Dark Lake, and Flash Gray colours, weighs 150 grams, and is 151x74x8.85mm in size. Connectivity options are same as that of the Moto E5 Plus.

Moto G6, Moto G6 Plus, Moto G6 Play With 18:9 Displays Launched: Specifications, Features, and More
Nokia, Ericsson May Benefit from ZTE's Woes in the US