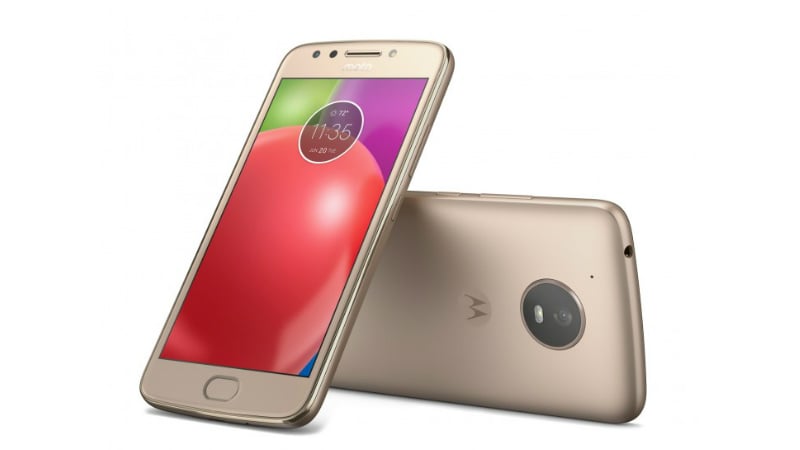 The Moto E4 price and availability details have been tweeted by retailer Mahesh Telecom. With the tweet, offline availability of the Moto E4 is expected. Moto could very well adopt the same strategy it did for the Moto C and Moto C Plus, making one available offline, and the other online.

Coming to the specifications, the Moto E4 runs on Android 7.1 Nougat and comes with a single-SIM slot (Nano). It sports a 5-inch HD (720x1280 pixels) display, and is powered by the 1.4GHz Snapdragon 425 processor or a Snapdragon 427 SoC (depending upon the carrier in the US) paired with 2GB of RAM. The smartphone offers 16GB of inbuiltl storage option with the option to expand further using a microSD card slot. Ahead of the launch, Lenovo had told Gadgets 360 that the phone will be powered by the MediaTek MTK6737M chipset outside of North America.

As for the optics, the Moto E4 has an 8-megapixel rear camera with autofocus, f/2.2 aperture, and single-LED flash support. At the front, there is a 5-megapixel sensor with f/2.2 aperture, fixed focus, single-LED flash, and a beautification mode for better selfies. It packs a 2800mAh removable battery, and connectivity options include Wi-Fi 802.11n, Micro-USB port, GPS, Bluetooth v4.1, and 4G support.

The dimensions are at 144.5x72 x9.3mm, and the smartphone weighs 150 grams. Sensors on board include proximity, light, accelerometer, and magnetometer. In the US, it will be available in Liquorice Black, and Fine Gold colour variants.

The Moto E4 Plus has a slightly bigger 5.5-inch HD (720x1280 pixels) display. It will be powered by a 1.4GHz Snapdragon 427 SoC in the US, and MediaTek MTK6737M chipset outside of North America. Apart from the 2GB/16GB variant, it has an additional 3GB RAM/ 32GB storage variant as well.

The rear camera is bumped up to 13-megapixel with f/2.0 aperture, autofocus, and single-LED flash support. The biggest USP of the Moto E4 Plus is 5000mAh non-removable battery that supports fast charging as well. The dimensions measure at 155x77.5x9.55mm, and the smartphone weighs 181 grams. In the US, the Moto E4 Plus will be available in Iron Gray and Fine Gold colour options. All the other specifications are identical to the Moto E4.