Moto E4 Plus Will Be a Flipkart Exclusive, E-Commerce Site Teases 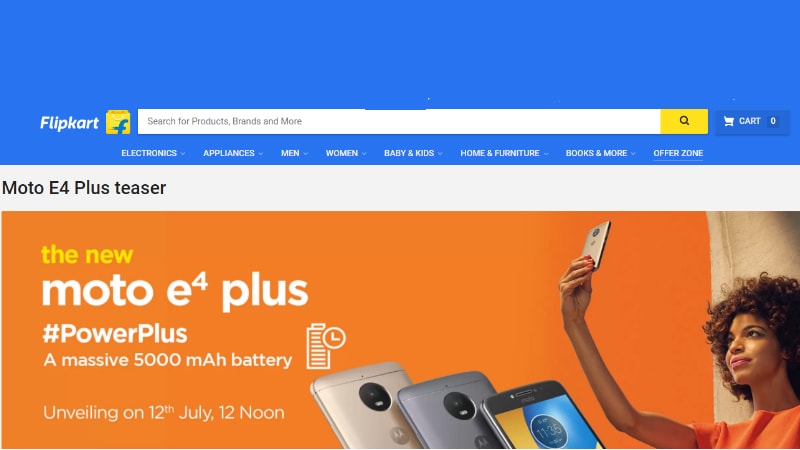 Moto India has been rolling out teasers ahead of the launch of the Moto E4 Plus smartphone on July 12 in the country, and now the company has announced that the smartphone will be a Flipkart exclusive. The smartphone’s big highlight is its 5000mAh battery.

Flipkart has now listed the Moto E4 Plus advert on its website, and Moto India has also tweeted the partnership with the e-commerce site for the launch of the smartphone. The unveiling will be a 12pm IST this coming Wednesday.

The rear camera is bumped up to 13-megapixel with f/2.0 aperture, autofocus, and single-LED flash support. The biggest USP of the Moto E4 Plus is a 5000mAh non-removable battery that supports fast charging as well. The dimensions measure at 155x77.5x9.55mm, and the smartphone weighs 181 grams. In the US, the Moto E4 Plus will be available in Iron Grey and Fine Gold colour options. All the other specifications are identical to the Moto E4.